$300mm To $800mm in Just 8 Years: A Conversation with UBS Breakaway Gil Baumgarten

ubspodcastHow nearly a decade of exploration and planning paid off for an advisor looking to build a “real” fiduciary model for his clients.

For many advisors, it takes some time to get comfortable with considering a move to independence—leaving the familiar nest of the big firm behind, and all of the support and brand name cachet that comes with it.

For Gil Baumgarten, President and CEO of Segment Wealth Management, it was far less about taking the time to be comfortable with leaving UBS. He took nearly a decade to explore the independent space, prepare his book and design what he felt would be a bridge “three times as big and strong” as he needed. 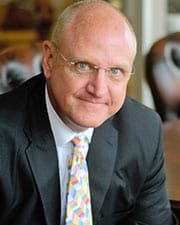 And he built a strong bridge indeed. In just 8 short years since he launched his RIA firm, he has more than doubled his assets under management, quadrupled his take-home pay and created a “much better business” for himself and his clients. Growth aside, he now feels able to act as a “true fiduciary” to his clients.

As Gil says, the people best suited for independence are not those who are asking what kind of deal they can get; it’s those who are focused on building equity in a growing and profitable business. And there’s no doubt that taking the leap to independence for Gil has paid off handsomely—not just in terms of economics, but also in satisfaction.

The Math Behind the Move to Independence
Why so many advisors are going indy, even with stiff competition from hefty brokerage firm transition deals. Read->

How to Maximize Growth When Adding One Client at a Time No Longer Seems Like Enough
Advisors with their sights set beyond what organic growth delivers find greater opportunity in the independent space. Read->

Gil Baumgarten, President and CEO of Segment Wealth Management, is a 34-year veteran of the securities and investment industry. After beginning his career at the venerable EF Hutton in the early 1980s, Gil became a top producer for UBS and Citigroup Smith Barney. He is a multi-year recipient of the BARRON’S Top 1,200 Financial Advisors distinction given to the best financial advisors in the United States, and has also been ranked by BARRON’S as one of the 35 best advisors in Texas. Gil was named to the Financial Times Top 300 Registered Investment Advisors in America in 2015. He is a frequent guest commentator on Bloomberg Radio and hosted his own radio talk show called Dollars and Sense. Gil is also a perennial recipient of the Texas Monthly Magazine Five-Star Advisor award, which is based on an independent study of client satisfaction.

Having participated as one of six beta testers in a national UBS program on all-ETF portfolios, Gil is one of only a handful of professional money managers with a 15-year ETF track record.

Gil is also an avid outdoorsman, having traveled the world hunting and fishing. Gil excels at sports and activities involving precision. He was his university’s billiard champion and likes golf, archery, darts, skeet and marksmanship. Gil is an award-winning woodworker, specializing in a particular art form called segmentation, from which the firm’s name is derived. Segmentation is the assembly of various species of wood, cut to fit in a precise pattern. This precision extends to Gil’s investment strategies, where risk components and financial strategies are added and subtracted from client accounts with the same attention to detail.