From $30mm to $55B: The Strategic Vision Behind Creative Planning’s Extraordinary Growth

Many suspected a drawback on the heels of a record-setting year in mergers and acquisitions—particularly in light of the pandemic. Yet, as TD Ameritrade Institutional reported in their 2020 Q1 and Q2 report on M&A activity, the first half of the year was yet another record-breaker with 80 transactions. 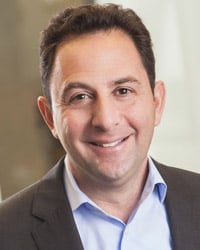 More than any 6-month period looking back over 2 decades.

It seems that despite Covid, a roller-coaster market, and changing valuations, buyers still see independent firms as a great investment.

Yet it’s the mega-RIA firms that seem to have an incredible appetite in the space as of late. One such firm, Creative Planning, made headlines three times in the span of just a few weeks this summer with acquisition announcements: Two in mid-August totaling $750mm and a $1.7B deal the 1st of September.

Peter Mallouk, President & CEO of the $55B Overland Park, Kansas-based RIA firm, seems to be on a tear these days, driving inorganic growth like never before.

He joins the show to discuss the firm’s extraordinary growth, including:

Peter shares that he has a goal to grow Creative Planning to $100B—and so far, he’s demonstrated he’s on track. As such, his advice for firms looking to sell should be heeded: With valuations at an all-time high, now is the time.

Listen in to learn more about his focused practices for growth—and gain valuable knowledge, regardless of whether you sit on the buyer’s or seller’s side of the table.

Creative Planning provides wealth management services to clients, manages over $50 billion for clients in all 5O states and abroad, is featured as the #1 Independent Wealth Management Firm in America by Barron’s, (2017) and has been featured on CNBC’s only two wealth manager rankings as the ‘#1 Wealth Management Firm in America’ (2014 and 2015). The New York Times, in an article about the firm, said “Creative Planning is at the vanguard of a profound shift in finance.” (2017)Peter has been featured in Barron’s as one of the ‘Top 100 Independent Financial Advisors in America,’ and is the only advisor to have ever been featured at #1 for three consecutive years (2013-2015). Peter is featured on Worth magazine’s ‘Power 100′, featuring the most powerful men and women in global finance (2017).

Creative Planning was featured in Forbes in 2016 as the #1 RIA for growth over the last 10 years, and Financial Times’ ‘Top RIA List’ (2014-2018). Creative Planning is also featured in Ingram’s magazines’ issues on ‘Best Places to Work’ and ‘Most Charitable Organizations.’

Peter is the founder, current executive board member, and former five-year Chairman of KC CAN!, an organization of volunteers dedicated to improving the quality of life of children in Kansas City. Peter is a recipient of the Ernst & Young Entrepreneur of the Year Award. Peter and his wife Veronica are the recipients of the Giving the Basics Human Dignity Award for their contributions towards helping those less fortunate meet basic needs, and recipients of the Variety Presidential Citation Award for their work supporting those with special needs. Peter has served on Boards of Pathway to Hope, American Stroke Foundation, St. Michael’s Finance Council, Kansas City Hospice and KCCAN! Peter is married to Veronica and has three children, Michael, JP, and Gabby.