Most think of “breakaways” as those who leave the wirehouse world in search of greater freedom and flexibility and to create their own independent practices. It’s also common for these folks to focus initially on organic growth, then consider acquisitions down the road. 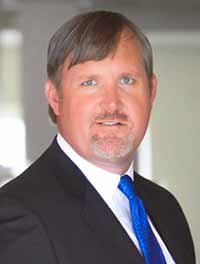 The guest in this episode took a different path, reminding us that breakaways do not always come from the wirehouses and can be more focused on the bigger picture right out of the gate.

In 2016, Chip Munn left regional broker dealer Hilliard Lyons with a goal of finding more freedom to grow his business and expand into other markets. So, he and his partners joined the independent broker dealer arm of Raymond James Financial Services (also known as RJFS). And since making the move, his firm Signature Wealth Strategies has grown from $300 million in assets under management to $1.2 BILLION.

In this episode, Chip talks about his unique journey and their amazing growth:

And, ultimately, what everyone wants to know: What steps they took to accelerate asset growth by 4X.

Chip had a desire to build a bridge for other advisors looking to join an independent firm—and that he did, resulting in a business with phenomenal growth. It’s a genuine success story which reminds us that in a greatly expanded landscape, there is more than one path to independence.

The Enduring Appeal of the Independent Broker Dealer
How the model retains its relevancy amongst independent advisors. Read->

What it Takes to Build an Independent Firm Today for Maximum Value Tomorrow
While so many advisors are attracted to the freedom and flexibility of independence, it’s the potential of long-term value that they often breakaway for. Read->

Chip Munn has always been an entrepreneur. As a kid, he would sell anything: lemonade, homemade fudge, you name it. He may have been the only kid to rent out his jean jacket (it was in the fifth grade and denim was in; don’t judge). Whether he wanted to be or not, he’s always been wired this way.

Chip is an author and entrepreneur with a focus on financial planning. After graduating from Clemson University with an Elementary Education degree and teaching sixth grade for a year, Chip made a big professional leap. Deciding that he wouldn’t be able to sit still in a classroom long enough to collect a pension, he resigned. At the time, he didn’t know what he would do, but he knew that, ultimately, he wanted to build his own future.

Fast-forward twenty years, Chip and his team at Signature Wealth have built a thriving wealth management practice. As Managing Partner, he oversees more than $1 Billion of client assets and leads of team of more than thirty advisors and support staff. In 2015, Chip was ranked among the top 10 regional advisors under the age of 40 by On Wall Street magazine. This list, comprised of advisors from regional brokerage firms, recognizes advisors whose practices are the best in their field nationally. He’s been featured on Forbes.com, Fast Company and On Wall Street. In addition to helping clients plan their future with confidence, Chip also spends time teaching and developing young advisors and entrepreneurs and his book, Leap Before You Look, outlines his journey to starting and scaling an advisory firm.

Chip lives in Florence, SC, with his wife, Trish, and their four sons, Christian, Carson, Hampton and Turner.