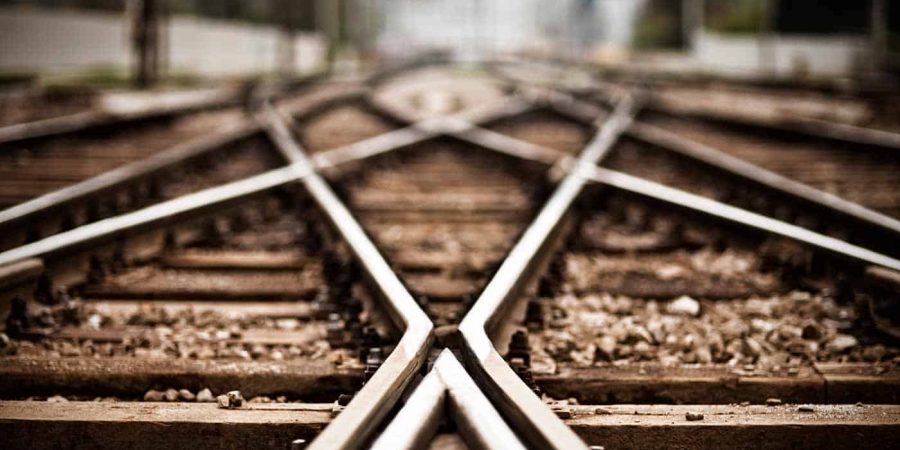 From one major event to another, 2017 will certainly go down in the books as the year that no one saw coming, but it set the stage for a pretty interesting year ahead.

Looking back on the past 12 months, I think it’s fair to say that the “new normal” in the wealth management industry has evolved into the “new abnormal” as the shifts we are seeing have been anything but predictable. Yet, advisors have proven their resilience as evidenced by their adaptation to things like the DoL Rule—choosing to live by the “best interests” standard regardless of the mandate – and accepting the “market correction” in transition packages at the wirehouses as a reality.

The industry landscape looks very different than it did just a few short years ago, a hyper-vigilant compliance culture at the major firms is causing more and more advisors to be terminated for minor (and sometimes not-so-minor) infractions, and even the industry game changing agreement – the Protocol for Broker Recruiting – has been challenged and, in some cases, rendered moot.

What do we make of the events that defined 2017 and what can we expect to see in the coming year?

Despite what some describe as “the year of marginalization of the advisor” – characterized by attempts from the major firms to take control and tie them up – the truth is that advisors with solid businesses still hold all the cards. They are free agents, in control of their business lives whether they realize it or not.

The reality is that a greatly expanded landscape has resulted in an increase in competition for talented advisors. So as their firms attempt to place more limitations on them, advisors still have the opportunity to vote with their feet at any given time.
As the calendar turns the page into the new year, advisors should be on the watch for these 5 trends that are likely to continue and grow:

1. Increased movement of the biggest teams
At first a trickle and now a movement, we have watched some of the most productive, high-profile advisor teams jump ship. Many of these folks were lifers with their firms (in their seats for more than 2 decades), challenging the long held belief that they would never leave. Where they went has become ever more fractured: Some to other major firms, and many others to any number of independent or quasi-independent models, with at least 5 landing at First Republic Bank (with AUM ranging between $450mm and $5B).

What’s driving this trend of movement away from the big firms is the universal desire for more freedom and control. Tired of unwelcome comp and policy changes, exacerbated by bureaucracy and limitations, more and more advisors are moving to models that give them what they want without sacrificing quality of platform, technology or service. So it stands to reason that regionals like Raymond James and RBC, boutique firms like JP Morgan Securities and First Republic, quasi-independents like Steward Partners, and many versions of independence have been the big winners in the race for top talent. And, with Morgan Stanley and UBS (thus far) pulling out of Protocol, we expect to see this trend accelerate as advisors and firms battle for control.

2. Speaking of the Protocol
Morgan Stanley announced its decision to exit the Protocol as of November 3, 2017 and UBS followed suit with an exit effective December 1st. As of this writing, it remains to be seen if the Protocol – which since 2004 enabled countless advisors to move with impunity – will remain intact. Will Merrill Lynch, Wells Fargo and the other 1600+ member firms exit as well? Even advisors at Morgan and UBS who had no intention of leaving are rethinking their commitment to the status quo—because anytime you tell someone they can’t do something, they want to do it all the more.

An interesting paradox developed right before our eyes: The DoL Rule first underscored the importance of client choice, then, conversely the decision to opt-out of Protocol represented the exact opposite. Despite the fact that a move without Protocol protection will require more creative and strategic planning, advisors will still change jerseys if they feel that their clients and careers can be better served elsewhere.

3. The expansion and further legitimization of the independent space
There has been an ongoing evolution of the model, and all indicators point to its continued rise. Consider the following:

• New models have been born in response not only to a changing environment, but advisor and client need. And top teams are migrating to these new opportunities with great enthusiasm.
• President Trump’s proposed tax plan favors business owners, making independence even more attractive.
• Wirehouse senior leaders are leaving their corner offices to get in on the action. The most high-profile example this year was Greg Fleming, who left Morgan Stanley in 2016 after 6 years as chief of their wealth management unit, and in November of 2017 took the reigns of Rockefeller Capital Management. And we’ve seen countless others.
• The investment in technology within the space has produced a more sophisticated platform, which is not only attractive to advisors, but to their clients as well.
• More traditional firms are distributing their products and capital markets capabilities to independent firms, providing the same level of access that advisors in the wirehouse world had become accustomed to.
• Plus we’re seeing sources of capital flocking to the space: Private equity firms, private investors and banks are all eager to get involved and capitalize on the potential.
• Even Goldman Sachs advisors – who historically had almost never left the vaunted firm – were drawn to the space: 5 teams left this year, and 4 of the 5 went some version of independence.

4. Leveling of the playing field
In late 2016, Morgan, Merrill and UBS brought down the high price of recruiting by lowering deals by almost a third. Suddenly, the delta between what these top dollar buyers were offering and the economics of either independence or regional firm deals became much narrower—essentially allowing for the choice to be made based upon what’s truly best for the business and clients versus who is the highest bidder.

5. The ties that bind no longer do
Advisors who signed retention or Growth Plus deals in 2009 at Merrill Lynch and UBS respectively are now fully vested. Morgan Stanley advisors who received retention deals as a result of the joint venture with Smith Barney in early 2009 will become free agents at the end of 2018. As a result, these firms will become vulnerable to mass attrition, especially at a time when advisor satisfaction seems to be at an all-time low.

As more advisors become free agents, the big firms will likely attempt to tie them down again. Will they redraft retiring advisor succession programs, cut payout, or add Garden Leave provisions to employment or partnership agreements? Regardless, independent firms could be the big winners: That is, those broker dealers and service providers willing to be creative and tap their deep pockets to come up with ways to help these perspective breakaways to monetize in the short-term and still capture the real long-term benefits of being an entrepreneur.

Stop waiting for things to get “back to normal”

No doubt: Things have changed. The key to moving forward through the “new abnormal” is to remain adaptable and resilient, and recognize that aside from all of the disruption one thing remains: Advisor choice.

So as firms continue to tighten their grip on their workforce, it is the responsibility of every advisor to get educated and have a Plan B at the ready. Recognize that no matter what your contract says or how much money you may owe to your firm, if your firm no longer serves the best interests of you and your clients, then you should consider your options.

At the end of the day, it will be the firms that understand what advisors want most – to be valued, empowered and trusted – that become the biggest winners. And that’s a theme that’s sure to be part of the norm for years to come. 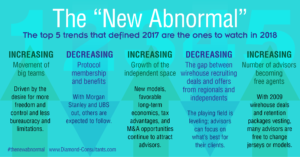