A Growth Story 87 Years in the Making: Why Boutique Firm William Blair is an Attractive Home for Top Advisors

The control and flexibility of independence is certainly an attractive proposition, but for many advisors, the idea of going “independent” can feel like a bridge too far. And ultimately, they prefer to retain the support and scaffolding that a bigger firm can provide.

That’s where firms in the boutique space have found their sweet spot—answering the call of these advisors with a best-of-all-worlds model that gives them the support and infrastructure of a big firm combined with a sense of independence and control with many fewer advisors and a great community.

And they’re winning it in the race for top talent.

Take a firm like William Blair, with a deep history rooted in a diversified business model that includes investment banking, investment management and private wealth management.

Yet it wasn’t until Ryan DeVore, Director and Global Head of Private Wealth Management, joined the firm in 2012 that their PWM unit really took off—growing from $8B in assets under management to $57B today.

Ryan got his start in wealth management at Morgan Stanley and its predecessor firms, rising up the ranks to executive director and manager of the northern Colorado complex. After 16 years with Morgan Stanley, he joined William Blair, establishing the firm’s wealth management footprint in the Boston market, and later into Atlanta, Baltimore, Los Angeles, New York City and San Francisco.

As Ryan points out, William Blair’s success with top advisors is rooted in a model that provides “independence without being independent.” 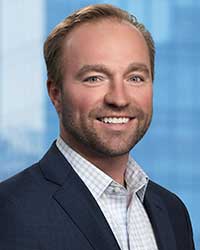 In this episode, Ryan talks about how they achieved such growth in less than a decade, including:

Top advisors need not only look to big brokerage firms for the best in technology, platform, service and support. A boutique firm like William Blair offers all that and more, plus the added benefit of greater independence—and in this episode, Ryan offers a rare insider’s view and perspective.

Beyond the Numbers: Key Insights from the Fidelity Advisor Movement Study
A conversation with Scott Gorham, Vice President of Competitive Intelligence at Fidelity Institutional, and Louis Diamond. Read->

Ryan J. DeVore is a member of the firm’s executive committee and the global head of Private Wealth Management, which serves high-net-worth individuals, families, entrepreneurs, business owners, foundations, and endowments by providing thoughtful and sophisticated wealth management solutions. He leads a business of more than 100 wealth advisors and $54.9 billion in assets1. In 2015, he established the firm’s wealth management footprint in the Boston market, and since then has further expanded PWM into Atlanta, Baltimore, Los Angeles, New York City, and San Francisco.

Mr. DeVore has had extensive experience in financial advisory and business leadership roles. He joined William Blair after spending 16 years with Morgan Stanley Smith Barney and its predecessor firms, where he served as the executive director and manager of the northern Colorado complex. In addition, Mr. DeVore managed branches in Michigan, Colorado, and Illinois during his tenure with Morgan Stanley, and worked to make each market a client experience leader and financial performer.

Mr. DeVore has been an entrepreneur and business owner, serving as an executive and owner of two companies. He is a regional trustee of the Naval War College Foundation, chairman of the Merit School of Music, a member of YPO Chicago-Windy City Chapter, a member of St. Francis Xavier Parish in Wilmette, and actively involved with other local charities.

Mr. DeVore earned a B.B.A. from Eastern Michigan University and lives in Wilmette with his wife and three young children.