A conversation with Anders Jones, CEO and Co-Founder, Facet Wealth

If there’s one thing that the pandemic taught us it’s this: Many clients are OK with not having face-to-face interactions with their advisors. In fact, there are a few firms that are providing proof of concept that the remote model works—and does so very well.

And it took a 30-something CEO from Silicon Valley to make us pay more attention.

Because when the pandemic hit, his firm already had a working model in which clients interacted remotely with their advisors.

Anders recognized an opportunity to serve clients who no longer fit the big firm mold. It was a scenario propelled by the DOL fiduciary rule requirement that financial advisors act in the best interests of their clients—yet in a commission-based structure, that became more difficult to accomplish.

So in 2016, Anders took a “ground up” approach and developed a fixed-fee-based independent firm that focused on the untapped market of mass affluent clients, many of whom fell outside of the asset minimum big firms required. Facet purchased those clients who lost their advisor relationships—a concept that provided a foundation for the nascent firm.

Yet it was his mother’s vision that Anders credits as a “profound lesson” for him. Her career was devoted to making 401(k) retirement plans more accessible for everyday people—first at Fidelity and later at T. Rowe Price. In her words, “helping millions of Americans save for retirement.”

Anders sees Facet as his mission to carry on where is mother left off, by “helping people achieve financial wellness.”

To do that, Anders sought out to deliver completely unconflicted advice—free of the ties that bind fees to assets. Instead, Facet charges a flat annual fee reflective of the services provided.

But how does a firm with a fixed subscription model make money? That’s where Anders’ fintech background shines.

And it seems to be working. Aside from outstanding growth, the firm has raised more than $60mm in venture capital with backing from Warburg Pincus.

Educated at Stanford with an MBA from Wharton, Anders takes a unique approach to business—no doubt gleaned from a dozen years as an early-stage investor in emerging tech markets as a founding partner at Argyle Ventures and prior to that with adtech firm LiveRamp.

In this episode, Anders shares his story with Louis – providing a unique entrepreneurial perspective that’s both philosophical and analytical – including: 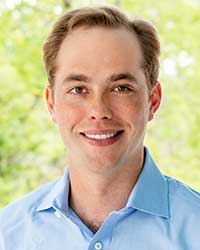 The future is wide open for entrepreneurs like Anders: Who think with autonomy, seeing a need and building from the ground up to solve it, rather than trying to rebuild from an existing chassis.

It’s an episode that offers a glimpse into the entrepreneurial mindset—and how that mindset is motivating change in the wealth management industry.

Why Settle for “Good Enough” When Great is Possible?
In a vastly expanded industry landscape with more high-quality options than ever before, some advisors settle for “good enough” when the potential for “great” is often within reach. What’s holding them back? Read->

When is it too late to go independent?
Many advisors wonder if they’ve reached an age where independence is just a bridge too far. Read->

Breakaway Advisor Builds Her Own Firm…And Wealth Follows
Before independence was in vogue, this advisor left the comfort and familiarity of a big-name firm – plus significant chips on the table – to build her own RIA. And she did it without leveraging a service provider. Listen->

Anders Jones is CEO and co-founder of Facet Wealth, a fintech company that is leading the shift to consumer-centric, subscription-based financial planning.

In the last five years, Anders led Facet as it has grown to serve thousands of clients with a team of 250+, and raised more than $80M of venture capital backing. Prior to founding Facet in 2016, Anders spent 12 years in Silicon Valley as an early-stage investor as a partner at Argyle Ventures, investing in companies in emerging tech markets. Before joining Argyle, Anders was one of the first employees at LiveRamp (NYSE: RAMP).

Anders currently serves as mentor-in-residence at Johns Hopkins Technology Ventures and continues to invest in numerous tech companies outside of Silicon Valley. He was named one of InvestmentNews’s 40 under 40 in 2019. Anders holds a BA from Stanford University and an MBA from The Wharton School of the University of Pennsylvania.

Facet Wealth is one of the fastest-growing financial services companies. By providing each client with their own CFP® professional to integrate unbiased financial advice into every facet of their life, at an affordable subscription price, we’re creating financial planning as it should be.