An Update on Merrill’s Enhanced CTP: What it Means for Advisors, Their Next Gen and Clients

After months of rumors, the day finally arrived: Merrill Lynch released details on their enhanced Client Transition Program or CTP.

At face value, it is an honest attempt by Merrill to acknowledge the attrition they’ve experienced – especially among elite advisors – and a way of making their retiring advisor program more competitive.

To be fair, the details around the enhancement can be compelling for a senior advisor who has every intention of retiring from Merrill through CTP because the program will now pay him more to do what he was going to do anyway.

But it is the next gen advisors, teams and clients who are most at risk—because the quid pro quo of better retirement economics for senior advisors is that it comes attached to a 7- to 9-year commitment to the firm (plus strict non-solicit provisions) for the inheriting team.

So what? Why should you care? What does this really mean for all Merrill advisors going forward—whether you’re a senior advisor pondering retirement, the next gen inheritor of a business, or none of the above?

Vince Fertitta, recent Merrill breakaway executive who is now President of Sanctuary Wealth, joins the show to answer those questions and more, drawing from his experience of over two decades with the firm. 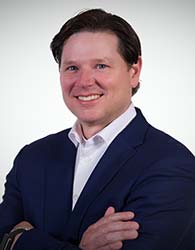 In this episode, Mindy and Vince explore:

It’s an important episode—one that all Merrill advisors should listen to.

When Faced with a “Retention Deal,” Merrill Advisors Will Have 3 Options
The conversation around a highly anticipated “retention deal” from Merrill Lynch has advisors wondering, “If I get the offer, what should I do?” Read->

Is Deferred Compensation Holding You Captive?
3 options for advisors who are feeling the ever-tightening squeeze of their firms’ “golden handcuffs.” Read->

Vince Fertitta is the President of Wealth Management at Sanctuary Wealth. A 27-year wealth management industry veteran, Vince was most recently one of six Division Executives at Bank of America Merrill Lynch, as well as Bank of America San Antonio Market President. A native Texan, Vince grew up in Beaumont and earned a Bachelor of Science degree in economics from Texas A&M University. He entered the financial services industry in 1992 as a financial advisor at Shearson Lehman Brothers (now Morgan Stanley) in Beaumont, Texas, where he earned the title of Vice President. In 1996, Vince moved his practice to Merrill Lynch, where he continued to serve as Vice President and Financial Advisor, as well as Sales Manager, through 2001.

At the end of 2001, after 10 successful years as a Financial Advisor, Vince began a 17 year career in management at Merrill Lynch ascending to senior leadership where he was responsible for over 2,200 financial advisors across 10 states. In 2019, Vince left Merrill joining Sanctuary as part of the “break away” movement from wirehouses to independence.