Andy Sieg: A Candid One-on-One With the Leader of the Merrill Thundering Herd

The leader of one of the top brokerage firms in the wealth management world, Andy Sieg, President of Merrill Lynch Wealth Management, joins the show for a candid one-on-one interview with Mindy Diamond.

That is, a show that just 5 years ago propagated from roots in educating advisors on the independent landscape, to today, a truly seminal moment.

Because in this episode, we’re taking a big leap outside of our initial directive to share the mic with the leader of one of the most recognized brokerage firms in the wealth management world.

That is, Andy Sieg, President of Merrill Lynch Wealth Management.

Not an independent firm, but instead one of the top wirehouses that the industry was founded upon.

It’s a history that dates back to 1914 when Charles E. Merrill, a bond dealer, founded a small investment-banking firm and later took on a partner, Edmund C. Lynch.

The resulting collaboration, Merrill, Lynch & Company, prospered by specializing in underwriting the securities of chain stores. Over the course of decades, and a number of mergers and acquisitions, the firm grew to become of the leading financial institutions in the world.

Yet, suffering billions in losses in the 2008 financial crisis, Bank of America acquired Merrill Lynch in a transaction that rocked the financial services world.

But for all that, many Merrill advisors feel that the Bank of America takeover changed the culture of the firm. And despite record growth, a not insignificant number of top advisors have opted for other firms or models.

So what’s really going on at Merrill? Andy shares his perspective on what’s top-of-mind for Merrill advisors, including: 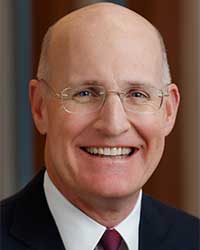 As the “standard bearer of culture,” it’s leaders like Andy Sieg who are responsible for setting the goals and direction for their firms. And in a world where the mindsets of advisors and their clients have changed dramatically, the burden of managing change rests solely on the leadership.

It’s one of our most anticipated episodes—one in which listeners get to peek behind the curtain and hear from the leader of the thundering herd.

FAQs – Merrill Advisors Ask
Answers to the most frequently asked questions when considering a transition from Merrill Lynch. More Info->

The Annual Report for Advisors: The Contradictions of 2022 and Emerging Trends for 2023
A look back – and forward – on the forces behind an evolving wealth management industry. Read->

The Wirehouse World: Why it’s Still the Right Place for Many Advisors
In a landscape with more options than ever before, a move from one big brokerage firm to another is more often the exception than the rule these days. Read->

Industry Update: 10 Reasons Why Some Financial Advisors Shouldn’t Go Independent
There are plenty of reasons why independence isn’t for everyone. Listen in as Mindy and Louis break down the 10 most common reasons for financial advisors to “not make the leap.”
Listen->

Andy Sieg is president of Merrill Wealth Management and a member of Bank of America Corporation’s executive management team. In this role, he oversees more than 25,000 employees who provide investment and wealth management strategies to individuals and businesses across the U.S. Sieg also oversees Bank of America’s Investment Solutions Group, which includes the Chief Investment Office and a wide range of thought leadership, product and portfolio offerings and platforms.

With $2.7 trillion in client balances as of September 30, 2022, Merrill is among the largest businesses of its kind in the world. Its financial advisors consistently rank at or near the top of various annual industry-wide rankings.

Since joining Merrill Lynch in 1992, Sieg has held a succession of senior strategy, product and field leadership roles in the wealth management business. From 2005-2009, Sieg served as a senior wealth management executive at Citigroup. He returned to Merrill Lynch in 2009 after the firm’s acquisition by Bank of America. Earlier in his career, Sieg served in the White House as an aide to the assistant to the President for Economic and Domestic Policy. Sieg earned a Bachelor of Science in economics from Penn State University and a master’s degree in public policy from the Harvard Kennedy School. He serves on the Board of the Friends of Notre-Dame de Paris and as an Advisory Council Member for the Stanford Center on Longevity. Sieg is the sponsor for Bank of America’s Black Executive Leadership Council and serves as the bank’s Market Sponsor for Dallas, TX.

Sieg and his wife, Heliane, and their three children reside in Greenwich, CT.