A Conversation with Jim Gold, CEO and Founding Partner of Steward Partners

With over two decades in the wealth management industry, Jim Gold watched “the quality of life erode dramatically” at the wirehouse and felt that the window of opportunity to build something better was open. So in 2013, he left the senior leadership ranks at Morgan Stanley and along with several others built Steward Partners as a “reaction to the cultural shift inside of the traditional firms,” and with a nod to the best of “the old Wall Street model of a partnership.”

A full-service independent employee-owned partnership, Steward is designed for advisors who like what independence stands for yet are not interested in building something from scratch. And this quasi-independent model – with the infrastructure of a wirehouse and the flexibility of independence – is resonating with prospective breakaways all over the country.

The firm has experienced explosive growth and is accelerating its trajectory: Just as this episode launched, Steward announced that it is taking in outside capital for the first time in order to facilitate expansion. Jim shares some inside baseball on that decision, as well as how he sees it impacting the firm’s future. 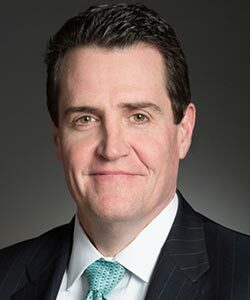 Jim candidly shares his experience with a good dose of reality and provides sage advice for advisors considering independence: “You have to shed all your preconceived notions because the world has changed dramatically in the last five to 10 years.”

Listen in to learn more about how those changes are creating opportunities for advisors at all levels.

Independence Isn’t Just for the Most Entrepreneurial Advisors
While you don’t need to have Jeff Bezos’ or Mark Zuckerberg’s level of entrepreneurial spirit, there are some key characteristics that most successful independent firm owners possess. Read->

What it Takes to Build an Independent Firm Today for Maximum Value Tomorrow
While so many advisors are attracted to the freedom and flexibility of independence, it’s the potential of long-term value that they often breakaway for. Read->

Can Only the Biggest Firms Serve the Biggest Clients?
Operating under a belief that bigger is better, advisors find themselves “stuck” in more than just ideology. Read more->

Jim Gold serves as CEO, is a Founding Partner, a Board Member, and a member of the Executive leadership team at Steward Partners Global Advisory. He has extensive experience in the financial services industry, having held several senior-level roles, most recently as Executive Director at Morgan Stanley. Prior to assuming his current role, Mr. Gold ran the Southern Connecticut Complex, headquartered in Greenwich CT. Mr. Gold spent 18 years with Smith Barney, beginning in 1995 as a Financial Advisor. He went on to hold numerous management positions at the firm, including National Training Officer, Assistant Branch Manager, Branch Manager, and Complex Manager. Mr. Gold received numerous accolades from the firm during his tenure, most recently he was recognized for his accomplishments in Diversity.

Mr. Gold attended Stonehill College. He currently lives in Ridgefield Ct. with his wife Elizabeth and their children Will, Conor, Kiera and Braedon.


This podcast is also available on…