Brian Hamburger Talks Trends, Options and Opportunity—and What Advisors Need to Consider Before Making the Leap

Few people in the wealth management space are as well-versed as Brian Hamburger. And no surprise as he wears many hats. He is the Founder and Managing Member of Hamburger Law Firm, a practice focused on the investment and securities industry, as well as the Founder, President and CEO of MarketCounsel, one of the industry’s leading business and regulatory compliance consulting firms.

No other industry consultant or attorney has counseled more breakaway brokers than Brian. And that is why he is known as the architect behind many of the best independent firms launched in the past decade. 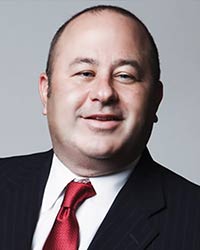 In this episode, Mindy taps into Brian’s unique combination of legal acumen, business knowledge and entrepreneurialism to weigh in on the following:

As Brian shares, “Advisors just want to get what’s best. They want access to best of breed technology, investment options and support—and they don’t want to have to go through a firm in order to get it.” And in the new world order, they can have all that and more. Listen in to a fascinating conversation around the possibilities that exist now and the opportunities coming down the pike.

Exiting the Broker Protocol: What does it mean for advisors?
It’s just like the years before the 2004 introduction of the Protocol for Broker Recruiting, only different. Read->

Gaining the Technological Edge in Independence
A Conversation with Eric Poirier, the CEO of Addepar. Read->

Brian Hamburger, JD, CRCP, is the Founder, President and CEO of MarketCounsel, the leading business and regulatory compliance consulting firm to the country’s preeminent entrepreneurial independent investment advisers. He is also the Founder and Managing Member of the Hamburger Law Firm, whose expertise extends to virtually all areas of the investment and securities industry as well as entrepreneurial, firm structure and governance and employment matters. Together, MarketCounsel and Hamburger Law Firm represent an unparalleled combination of exceptionally incisive counsel and uncompromising service.

Brian is the architect behind many of the industry’s largest and most successful transitions to independence as well as a staunch and influential advocate for the independent investment adviser community. For the past 19 years, he has served at the helm of both MarketCounsel and the Hamburger Law Firm. Accordingly, Wealth Management magazine has named Brian as one of the top thought leaders in the sector, noting that “Over the past decade, Hamburger has been the architect behind almost all of the highest-profile breakaway deals in the industry, helping advisors navigate the legal thicket of transitioning away from brokerages and into independent business models. As such he’s been a central, but often unheralded, force in the evolution of the RIA industry.” Previously, REP. Magazine featured Brian on its cover as “The Engineer” of the RIA evolution.

Brian is regularly called upon to speak at national conferences, not to mention MarketCounsel’s annual Summit, a gathering of the industry’s top advisers and thought leaders. As an advocate for the investment adviser community, he has delivered keynote addresses to the country’s state securities regulators and met with SEC Commissioners and members of Congress to influence proposed regulation and legislation. In addition to being a highly sought after expert speaker for myriad industry events, he has also been a regular contributor to CNBC as well as featured in and quoted by the Wall Street Journal, the New York Times, Bloomberg BusinessWeek, Dow Jones, Reuters and every major wealth management publication.