Kelly Milligan describes his journey at Merrill from zero to $1.5B in AUM, his role as Chair of the ACTM, the change in culture at the firm and how that motivated him and his team to launch independent firm Quorum Private Wealth.

When you have clients with complex needs, it can be difficult to serve them from within a large firm. Because at the end of the day, the big brokerages have little choice but to set rules to govern thousands of advisors in a way that is profitable and efficient.

And making concessions to special requests – while many veteran advisors will share was practiced in the past – is something that rarely, if ever, happens today.

It’s a scenario experienced by even top-of-the-food-chain types—such as a former Chair of Merrill’s Advisory Council to Management (also known as the ACTM).

And in this instance, we’re talking about the guest on this episode, Kelly Milligan, who was a member of the ACTM from 2015 to 2018, serving as Chair in 2017.

The Advisory Council was established as a conduit for advisor feedback to management on issues surrounding the direction of the wealth management business, compensation, and practice management. As a result, members of this illustrious council are privy to “inside baseball” on Merrill’s direction, oftentimes well before their colleagues.

But, as Kelly shares, the group acts as “an advisory council, not a decision council,” and therefore while input may be provided by the advisory staff, the actions and policy mandates may ultimately not reflect as such.

Regardless, being a part of the ACTM is prestigious, and Chair even more so, and is reflective of Kelly’s extraordinary career over more than two decades with Merrill. He started from ground zero and built the business, along with partner Mike Barry and their team, to over $1.5B in managed assets, before leaving in April of 2021, to launch independent firm Quorum Private Wealth in Walnut Creek, California with the support of Sanctuary Wealth.

In this episode Kelly discusses his journey with Louis Diamond, including: 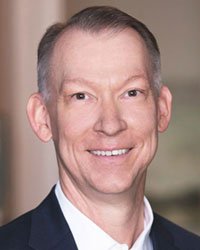 While Kelly credits Merrill for providing the right environment to build and grow their business, the reality was that over time, their ability to serve the specialized needs of their clients was met with many more “no’s” than “yes’s.”

But when advisors are limited by what they can do for their clients, they are confronted with a choice: Live with the status quo or consider a path that would expand your ability to serve clients and grow the business on your own terms.

Listen in to learn why Kelly and the team chose the latter.

Sanctuary Wealth $25B Later: An Inside Look at the Firm’s 4-Year Growth and What Lies Ahead
Jim Dickson, founder and CEO of Sanctuary Wealth, revisits the show as the firm celebrates its 4th anniversary, to recap the early days of Sanctuary, discuss where the firm is today and the growth of supported independence, plus share lessons they’ve learned along the way and much more. Listen->

A Losing Battle at Merrill: Why a Former Leader Left the Herd for Independence–the Value of Culture and the “Intoxicating” Effects of Freedom
To Greg Franks, the “bankifying” of Merrill, which he served at for nearly 3 decades, was nothing short of “tragic.” The former Merrill leader shares his experience and the story of his own leap to independence to the helm of Snowden Lane Partners. Listen->

In Pursuit of Autonomy: The 10 Key Areas in Which Advisors Desire More Control
Advisors are asking these threshold questions both of themselves and the firms they work for—the answers to which are serving as the blueprint for their business lives. Read->

Merrill Advisors Ask…
Answers to the most frequently asked questions when considering a transition from Merrill Lynch. Read->

Prior to founding Quorum Private Wealth Kelly spent 22 years with Merrill Lynch Wealth Management.  He served on the Merrill Lynch Financial Advisor Advisory Council to Management from 2015 to 2018 and was chair of that council in 2017.  Kelly was named to the Forbes “Best-in-State” Wealth Advisor list in 2018, 2019, 2020 and 2021.  He holds a number of professional designations including Certified Private Wealth Advisor® (CPWA®), Chartered Retirement Planning Counselor℠ (CRPC®), Certified 401(k) Professional, (C(k)P®™), and Certified Plan Fiduciary Advisor, (CPFA).  He earned his Juris Doctorate and Masters in Business Administration from UCLA and a BA in Economics from UC Berkeley.

Outside of work Kelly is active in Scouting BSA, serving as an Assistant Scoutmaster, Merit Badge Counselor and Eagle Coach.  He is also a finance committee member for the Lazarex Cancer Foundation.  Kelly and his wife Marci live in Walnut Creek, CA.