How This Former Merrill Insider Once Drank the Kool-Aid, Then Set Out to Build a Better Toolbox

A Conversation with Jim Dickson, Founder and President of Sanctuary Wealth Partners

Jim Dickson, a former Merrill Lynch division leader, joins Mindy to share the inside track on what it was like to be in a senior role in the wirehouse as bureaucracy was on the rise, trust was on a decline and managing to the lowest common denominator became the new normal. 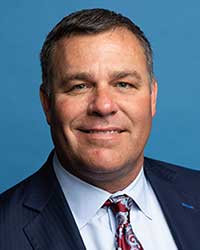 In his 20-year tenure with Merrill, Jim admits that he not only drank the Kool-Aid, he served some of it as well. But the big firm world that he worked in had become unrecognizable to him—and he could see first-hand that the changes were negatively impacting advisors, their businesses and their clients.

Then his curiosity about independence and desire to “build a better toolbox” won over, leading him to create Sanctuary Wealth Partners, an independent division of Noyes Group LLC.

In this episode, Jim openly discusses:

Acknowledging the ever-increasing shift to independence, Jim shares an astute observation: The safety of the “big box” that the wirehouses once represented has since been replaced with a much smaller box that many advisors find they no longer fit in.

It’s an intimate and intense conversation that you don’t want to miss.

Quasi-Independence: The Sophisticated Independent Model that Offers the Best of All Worlds
Many advisors who explore full-on independence find that it’s just too much of a leap. For those folks, the quasi-independent space may be just the ticket. Read->