From Bigger to Better: How a Former Smith Barney Superstar Found Her Competitive Advantage in Independence

It’s interesting how many advisors we talk with share how they’ve “grown up” in the business.

Some had family members who were brokers, while others had “financial mentors” who provided formative knowledge and real-world experience.

For Lori Van Dusen it was the latter. Her interest in the markets and all things financial was gleaned from her grandfather, a role model who unknowingly set in motion what would become an extraordinary career in wealth management.

Lori joined Shearson Lehman Brothers in 1987, a firm that was later acquired by Citigroup Smith Barney.

By 2004, she achieved the title of Managing Director with Citigroup Smith Barney.

Yet even after growing the business to nearly $6B in assets under management, Lori found that she kept coming up against rules that were designed for businesses unlike her own. And for her institutional clients, she felt at a competitive disadvantage because they weren’t able to source the pipeline of investment options she felt her clients really needed.

It was 2008 when she made a bold and courageous move, leaving Smith Barney to assume the co-leadership role of Convergent Wealth Advisors’ Institutional Group—one of the largest independent firms at the time.

But even after growing her business at Convergent, she still desired greater independence.

So in 2011 she forged her own path, launching independent firm LVW Advisors with Focus Financial Partners.

The now $2B Rochester, NY firm serves high net worth individuals and institutions in a conflict-free environment—a firm she designed “as the next generation of advice,” creatively serving clients as true fiduciaries.

In this episode, she discusses a journey that spans over 3 decades with a level of experience few can offer, including: 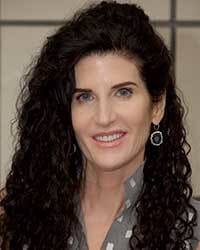 Lori’s a visionary and real industry pro, with numerous accolades including Barron’s Financial Advisor Hall of Fame and Forbes Top Women Wealth Advisors lists. She lived through and embraced the evolution of the industry landscape and can provide a perspective that takes a rare “advisor’s point of view” approach. There’s much to learn from her story, with key takeaways for employee advisors and business owners alike.

Why Billion-Dollar Teams Move
7 Drivers That Impact Financial Advisors At All Levels. Read->

Lori Van Dusen, CIMA, is the Founder and CEO of LVW Advisors, a registered investment advisory firm that serves both wealthy families and individuals, as well as nonprofit institutions throughout the United States. An advocate of client-focused strategies for more than 25 years, she has become the voice of reason for providing unbiased integrated solutions in a fragmented financial services industry. Lori is passionate about numerous philanthropic causes, serving on several boards focused on urban education, health and wellness, and the fine arts.

Lori began her investment advisory career in 1987 with Shearson Lehman Brothers, which was later acquired by Citigroup Smith Barney. By 2004, she had achieved the title of Managing Director with Citigroup Smith Barney. In a pioneering move, she assumed the role of co-lead of Convergent Wealth Advisors’ Institutional Group in 2008, where she also served on the firm’s Executive and Investment Committees, managing approximately $8 billion in assets for clients. She founded LVW Advisors in 2011.

In recognition of her involvement in the Rochester community, Lori was recently recognized in the Rochester Business Journal’s 2020 Women of Excellence distinction with the Circle of Excellence honor. The Circle of Excellence recognizes a small group of women each year with longstanding, notable success in the community who are leading the way for other women. Additionally, Lori was inducted into the 2019 Rochester Business Hall of Fame and joins a prestigious list of Rochester business leaders who have been previously inducted. Lori has also been recognized by the Girl Scouts of Western New York as one of the 2019 Women of Distinction.

Ms. Van Dusen has served on many boards and committees in the past. She currently serves on the following boards: F.F. Thompson Health Board, Memorial Art Gallery Board of Managers, Monroe Community College Foundation Board, Rochester Area Community Foundation Board, and the University of Rochester Medical Center Board. Lori also sits on the Advisory Board for Institutional Investor’s RIA Institute.

Ms. Van Dusen was one of the founders of the Association of Professional Investment Consultants (APIC) and Citigroup Institutional Consulting. She holds the Certified Investment Management AnalystSM designation, administered by the Investments and Wealth Institute® (formerly IMCA) in conjunction with The Wharton School. Lori received her undergraduate degree from Ithaca College and a Master of Education from Harvard University.

A native of Rochester, New York, Lori is a long distance runner and an avid yogi, and enjoys decorating and savoring the area’s local music scene. She regularly cooks and hosts large Italian meals for her family and friends.