A conversation with Jason Fertitta, President / Partner of Americana Partners

Many advisors struggle with the idea of independence being a viable option for them—particularly if a portion of their book of business is not portable.

Then the decision to stay or go rests on the calculus of whether they’re willing to leave some of their assets behind for the potential of being able to better serve their core customers and grow their businesses with greater freedom and flexibility.

Essentially, getting smaller to ultimately get bigger.

That’s what Morgan Stanley breakaway Jason Fertitta and his team did in April of 2019: They opted to leave behind two-thirds of their $6B in assets when they left Morgan to build independent firm Americana Partners in Houston, Texas. 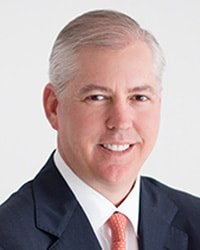 It was amongst the biggest breakaway stories of the year—and certainly one that demonstrates an extraordinary level of courage and self-belief. Because the leap to independence requires a good deal of fortitude in and of itself—and those who leave chips on the table do so with an exceptional level of confidence in their mission, vision and values.

What’s also extraordinary about Jason’s story is that being a wealth management rock star wasn’t on his initial career path. He started out as a print salesman in the financial industry and, as he shares, developed an interest in investing when he came into some money by way of a settlement with a former employer. Jason joined the Lehman Brothers training program back in 2000, and in 2001 won just one of four spots for what they called “non-traditional hires.” Then, with the fall of Lehman in 2008, he moved over to Morgan Stanley.

In less than 20 years, Jason went from print sales to Lehman trainee and on to building a $6B business.

Jason discusses his journey in this episode, including:

As Jason put it, “The industry is in the midst of a big sea change.” As such, there are more options than ever before that allow advisors to serve their clients and grow their businesses. For Jason, he says it’s about asking yourself what’s best for your clients. And that answer led him and his team down the path they felt was best for everyone’s future. It’s a powerful and engaging conversation that demonstrates the real potential advisors have to grow the business of their dreams—one not to miss!

How portable is my business?
This 2-part process will help you gain clarity on the depth of your client relationships and the portability of your assets—ultimately helping to ensure any move is a successful one. Read->

Jason is currently President / Partner of Americana Partners. Jason was a Managing Director in Morgan Stanley’s Private Wealth Division for eleven years. He joined Morgan Stanley in 2008 after six years with Lehman Brothers High Net Worth Division. Prior to joining Lehman Brothers, Jason worked six years for Texas Direct. Jason serves on the Board of The Good Samaritan Foundation and Endowment and the Houston Museum of Natural Science. Jason attended St. Edwards University in Austin.