From Next Gen to CEO: Ex-Wirehouse Advisor on Taking Over the Reins of the Family Business

A conversation with Mike Durso, Founding Partner and CEO of Shorehaven Wealth Partners

Mike Durso, CEO of Shorehaven Wealth Partners discusses his leap from employee to breakaway to leader. He shares how bringing his diverse experience and institutional knowledge to the family business informed their decision to go independent and their vision to build a legacy, and more.

Success is often rooted in having strong beliefs.

That is, a belief in a mission or vision. Or even the team that’s driving the ball forward.

For Mike Durso, it was a belief in the business that his father Larry started back in 1978.

Mike joined his father’s team at Morgan Stanley in 2016 coming from a background in asset management with the likes of AllianceBernstein and later BlackRock. His goal was to bring that diverse experience to the family business and leverage his institutional knowledge within wealth management.

Yet it was also Mike’s ability to see things from a perspective that was unlike his dad’s. While he shared Larry’s strong belief in doing everything they could for the clients – people Larry treated like family – Mike also felt that there could be a better way to serve them while creating a lasting legacy.

It was through due diligence that Mike realized they were “captive” in the employee model at Morgan, and to truly do their best for their clients and build for the long-term would mean launching their own independent firm.

And that they did. In 2020, Larry, Mike and their team left Morgan Stanley with some $400mm in managed assets to launch Shorehaven Wealth Partners in Red Bank, NJ with support from Dynasty Financial Partners and Fidelity as custodian.

Just two years later, Larry stepped into the Chairman role, and handed over the reins to Mike naming him CEO of Shorehaven.

In this episode, Mike discusses his journey with Louis Diamond, including: 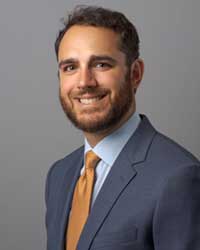 Mike offers some really solid advice for those considering the leap to independence, but his message is really resounding for senior advisors and next gens. Because, as he shares, while there’s a certain level of excitement around taking those next steps – and ultimately creating a legacy designed to live on for generations – there are some key considerations for each stakeholder, making this a “must listen” episode.

The Next Gen Dilemma: 5 Unique Realities Faced by Successors
The path for next gen advisors can be wrought with some pitfalls, yet when walked with confidence and flexibility, it can be immensely rewarding. Read->

Next Gen Advisors Are Questioning Whether “Inheriting a Book” is Really Worth it
Rather than just signing on the dotted line of their firm’s retire-in-place plan, next gen inheritors (and their senior partners) are hitting the pause button and striving to be more educated consumers. Read->

Next Steps For The Next Gen Advisor
5 “Future” Considerations for the 30-Something Advisor. Read->

Michael is a co-founder, CEO, and Chief Investment Officer (CIO) of ShoreHaven Wealth Partners. As CIO, he oversees ShoreHaven’s asset allocation, manager selection, and investment strategy. Michael has worked with clientele from pensions, foundations, endowments, home offices, and financial advisors to successful professionals and families. He began his career at AllianceBernstein in 2006, working with financial advisors as a Senior Regional Consultant. In 2009, he joined BlackRock within the iShares ETF business. In 2016, Michael left the asset management business to join the Durso Wealth Management Group at Morgan Stanley. Michael sought to bring his diverse background in asset management to the family business and leverage his institutional experience within wealth management. He earned his BBA degree in Finance with a minor in Marketing from James Madison University. While at JMU, he was a varsity member of the Track and Cross-Country program and the 2003 IC4A Men’s Cross Country Championship team. Michael is a CFA® Charter Holder and a frequent contributor to the Wall Street Journal, Bloomberg, Forbes, Financial Advisor IQ, and Yahoo Finance Tv.