From UBS to Oppenheimer to Independence: A Next Gen Shares his Playbook for 2x+ Growth

Dan Katz, managing partner of Revolve Wealth Partners, talks about his role as the next gen of a business started by his father, the thought process around opting to build an RIA firm from scratch, their 2x growth since going independent, and how their past experiences at UBS and Oppenheimer shapes the vision of their firm today.

We’ve spoken to several multi-generational wealth management teams on this series, and while each one has a unique story to share, we see a few common threads.

First, there’s the desire to evolve what the prior generation created—to take what exists and make it better and stronger.

And second is the notion of looking bigger picture and longer-term. That is, questioning the status quo to determine if it aligns with their vision for the future.

For example, Dan Katz was the next gen of a team at UBS that included his father, Kenneth Katz, and friend Michael Israel. In 2009, they decided to transition to Oppenheimer, where they built the business to $300mm in assets under management.

Over time, as their business evolved, so did their thinking.

In conversations with their brokerage firm peers, they started to recognize an incongruency between how Ken, Dan, and Michael managed their practice vs. the other teams.

Essentially, he felt they were “playing a different game.”

So they set out on a quest to explore their options. And in 2017, that exploration led them to build RIA Revolve Wealth Partners. Today, the Hackensack, NJ firm manages over $700mm in assets.

In this episode, Dan shares his story with Louis Diamond, including: 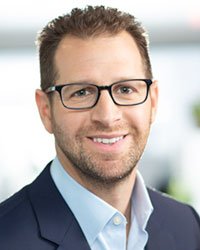 And how, in evolving Ken’s legacy, they were able to double their assets under management since their launch, and much more.

6 Months Later: Why a Former UBS Lifer Considers Independence His “Do Over”
While comfortable at UBS a decade ago, Ahmie Baum started to see things a bit differently when his son Brian joined the business. It was an awakening that made this wirehouse veteran reevaluate everything, and propelled his leap to independence. Listen->

The Next Gen Dilemma: 5 Unique Realities Faced by Successors
The path for next gen advisors can be wrought with some pitfalls, yet when walked with confidence and flexibility, it can be immensely rewarding. Read->

Solving for Freedom, Control & Succession: How the Next Gen of a $330mm UBS Team Forged a Path to Independence
Next gen advisor Bryan Garris wanted what other independent advisors had: The freedom and control to serve clients as true fiduciaries. After careful due diligence and planning, he and his partners left UBS to launch RIA TriaGen Wealth Management. Listen->

Dan, a graduate of the University of Maryland, maintains a focus on risk management for our team (Revolve Wealth Partners). He concentrates on building portfolios designed to seek value in all types of investment markets with an emphasis on allocating assets to create diversified portfolios. In addition to portfolio construction, Dan seeks to uncover opportunities for qualified investors with privately managed accounts, hedge funds and fund of hedge funds, private equity and real estate investments.