Happy Again: How a $440mm Merrill Team Got Their Mojo Back in Independence

Self-described “homegrown Merrill” advisors Chad Goodchild and Jacob Schlicht share the drivers behind their choice to leave Merrill to launch independent firm Kickstand Wealth Advisors with support from TruClarity—and how they regained their “happiness” as a result.

Building an independent firm from scratch isn’t an easy task. It requires massive time and effort coupled with vision and the resources to identify and assemble all the moving parts—not to mention the ongoing operational and back-office management that follows.

So while advisors may crave the freedom and control that comes with being independent business owners, many have no desire to get mired in the details.

The good news is that the expanded industry landscape offers a new world of options for folks like these. That is, the support to handle the heavy lift of setting up an independent firm while still reaping the rewards of freedom and control.

For the guests on this episode, self-described “homegrown Merrill” advisors Chad Goodchild and Jacob Schlicht, there were plenty of things they liked about the firm.

First off, both started at Merrill as interns, learning the business from the ground up. Then Chad got to a point where he needed to add an advisor to his team and Jake answered the call. Together, this young team, Chad with 20 years at the firm and Jake with 16, built a business managing over $440mm in assets.

Yet over time, while they appreciated so much about the firm – especially the support and all-under-one-roof access – they really wanted to be business owners with more freedom to choose how they served clients. And they wanted to restore the “happiness” they once felt in their roles as financial advisors.

So they started to explore independent options, with a focus on supported independence.

In July 2021, they launched Kickstand Wealth Advisors, based in upstate NY, with support from TruClarity Wealth Advisors RIA platform and Schwab as their custodian.

In this episode, Chad and Jake candidly share their due diligence journey with Mindy Diamond, including: 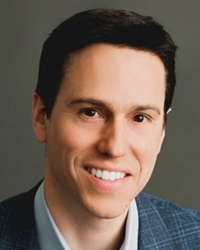 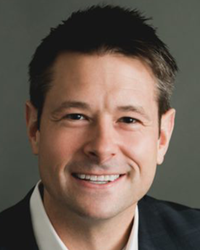 It’s an interesting story about regaining the “happiness” of your business life—a happiness that the advisor not only enjoys, but clients are also the beneficiaries of.

Creating a Destination for Other Advisors: How a $600mm Breakaway Team Transformed into a $2.8B Business
Todd Resnick and his colleagues were attracted to the idea of building a “destination” for other advisors. He discusses their journey leveraging M&A, capital partners and support services to bring their shared goals to life–demonstrating how vision can drive growth and success. Listen->

From Blinders to Binoculars: Why the Shift to a Longer-Term “Business Owner” Mentality is Driving Movement
There was a time when many advisors would never have considered a move. Why would they? In the short term, there was nothing to solve for. But now they’re thinking differently. Read->

Liberated: Why a 25-Year Merrill Vet Managing $450mm Opted to Break Away and Build His Own Firm
On his 25th anniversary with Merrill, Craig Robson resigned to launch RIA Regent Peak Wealth in Atlanta, GA. It was a bold move designed to “liberate and empower” him and his team to serve their clients completely and with objectivity. Craig shares the drivers that led to his decision to leave Merrill and launch an independent firm, instead of opting for a transition from another firm. Listen->

How to Optimize Your Business for Growth and Success: 8 Questions Advisors Need to Ask Themselves
Rising above the day-to-day tasks of your “job” to invest time in thoughtful strategizing and planning can be the gamechanger you’ve been looking for. Read->

Chad’s interest in investing began in high school at the age of 17. Clearing the dinner table one evening, he grabbed a discarded pamphlet from the trash titled “How to Make Millions Trading Commodities.” After parting with $300 for the mail order class and studying for several months, he doubled his money on the first transaction. It was an “Aha” moment—the idea that instead of working for money, your money could work for you.

His passion for those “Aha” moments still remains, and clients often find him on a whiteboard illustrating key concepts. He believes strongly that if you take the time to explain the why behind a decision, the answer becomes obvious—from clarity flows confidence.

Chad lives in Pittsford, New York with his wife, Rebecca, and their three children. His hobbies include skiing, hiking and downhill mountain biking. Chad is an elder in his church, and a Board Member at Roberts Wesleyan College where he enjoys speaking to honors classes on finance.

Jake was always the banker in Monopoly®—everyone trusted him to handle the money properly. Growing up in a small, blue-collar town, money was always tight. Maybe it was his family’s humble beginnings or working the land on his grandfather’s farm—a culmination of influences led Jake to simply want more. He understands the stress that money, and the lack thereof, can bring to a family.

Having a strong work ethic, Jake worked during the day, went to college at night, and managed to squeeze in an unpaid internship on the management team at Merrill Lynch Wealth Management. From that perspective, he saw first-hand the difference financial planning made in the lives of ordinary people.

Jake’s down-to-earth approach and pragmatic attitude puts people at ease. He finds purpose in using his knowledge and experience to relieve the stress and anxiety that financial decisions can bring.

Jake lives in Bloomfield, New York, with his wife Bessie and their three young children. He enjoys snowboarding, hiking, and wood-working — “there’s something special about creating with your hands.” He loves their small-town lifestyle and get-togethers with friends and family.

*Jake was named to Forbes “America’s Top Next-Generation Wealth Advisors” list in 2018 and Forbes “Best-in-State Next Generation Advisors” in 2019.