How a Legacy Merrill Team Experienced 600% Growth in 10 Years 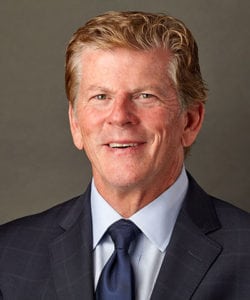 Bill shares why he and his partners left their wirehouse and $600mm in institutional assets behind at “an interesting time,” that is, in the midst of the financial crisis and when a leap to independence was far less common. 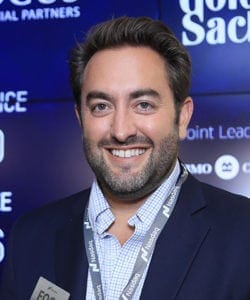 The firm is now managing $2.4B – a far cry from the $400mm AUM they started with – and is well on its way to becoming a national firm. It’s a level of success they achieved through organic growth, smart planning and what Bill describes as the “exceptional talent and culture” at the firm.

Mindy, Bill and Mark take an in-depth look at this extraordinary growth, the role Focus played in their evolution, and much more, including:

Bill’s message to advisors who are still wary that their UHNW clients need the security of a brand name firm: “The proof is in the pudding.” And he should know.

So listen in to this exceptionally informative and candid episode, which captures Mark’s intense knowledge of the space and Bill’s enthusiasm and experience—a rare combination that every advisor looking at independence will benefit from.

What Every Advisor Wants: The 4-Legged Stool
Independence has become the industry’s hottest ticket, solving 4 key requirements with a level of stability that advisors are growing increasingly comfortable with. Read->

Bill is one of four founding partners of Coastal Bridge Advisors. He leads the Corporate Executive Services, Lending and Alternative Investment operations of the firm and is also responsible for overseeing business development and the firm’s west coast operation.

With a career spanning almost 30 years, Bill started at Merrill Lynch in 1986. He then spent 10 years as a Senior Vice president at Smith Barney before returning to Merrill Lynch in 1998 as part of their Private Banking and Investment Group, the firm’s prestigious division serving high net worth individuals, families and businesses. In 2008, Bill and his partners left Merrill Lynch to form Coastal Bridge Advisors, an independent Registered Investment Advisory Firm, to better serve their clients according to a fiduciary standard.

Bill contributes an editorial to Worth Magazine, providing insight and education on the wealth management industry as a Leading Wealth Advisor. He has been featured on Fox Business Channel, the Dow Jones Advisor Show and has and continues to be cited in local and national press. Bill is the appointed Head of the Advisory Counsel for Save the Children’s Board of Directors. Bill remains active with other charitable organizations as well, including St. Vincent Medical Centers SWIM Across the Sound fundraiser.

He resides in Westport, CT and in his spare time enjoys anything and everything sporty, seeing and playing live music, reading and travelling.

Mark is the Senior Vice President of Focus Financial Partners. He is responsible for transitioning breakaway advisors and clients for the elite teams who form independent RIAs through the Focus Independence program. In addition to this role at Focus, Mark is tasked with conducting periodic on-site evaluations of the existing operational system infrastructures across Focus partner firms and recommending changes where prudent.

Prior to Focus, Mark worked in various roles in Fidelity Investment’s Institutional divisions, most recently as an Implementation Manager for some of the largest teams in the industry that opted for independence. In this position, Mark collaborated on over 50 transitions, working with the RIAs’ custodian(s) and systems providers to move more than $7 billion in assets. More than half of these transitions were breakaways lifted out of the major wirehouses, which is an area Mark specializes in, helping these entrepreneurs achieve optimal independence.

Prior to joining Fidelity, Mark worked as an Investment Specialist at Banc of America Investments Services, Inc. In his spare time, Mark enjoys spending time with his wife and three daughters Ava, Emma & Isabelle. They live in Mystic, CT where Mark actively volunteers on a crew handling wooden boat restoration at the Mystic Seaport. Mark actively lectures at workshops for his alma mater Salve Regina University and is a current member of the business school’s Advisory Council.