How an ex-Wells Fargo Team Turned a “Paper Tablecloth” Vision into 3X Revenue and $8.5B in Assets in 5 Years

Some of the most successful businesses are born from concepts designed not in a boardroom or corner office on an expensive whiteboard, but instead in more austere environments.

That is, with just a pen and some paper.

Because it’s the ideas, goals and the vision to achieve them that matters most—not how or where they are developed.

Our guest in this episode, Gerry Goldberg, can attest to that. Because he and partner John Yolles sketched out what their business would look like as an RIA on a paper tablecloth at a casual restaurant.

But circling back nearly two decades prior, Gerry’s story starts with his transition from practicing law to wealth management in the 1990s at the predecessors to Wells Fargo Advisors. Gerry became a part of their ProfitFormula program which offered some “independence” within the wirehouse, then later “slid” into their independent arm, FiNet.

After growing the business to some $4B in assets under advisement, he and John craved more independence.

They wanted to be free of a broker dealer construct and access a true open-architecture opportunity set for their institutional and private clients.

As he shares in this episode, their feelings were much less an indictment of Wells Fargo, and much more about wanting to be true fiduciaries to the clients—that is, to gain the ability to do more for them and offer more products and services beyond the standard solutions.

So they decided it was time to explore their options and in 2016 launched the RIA firm GYL Financial Synergies, in partnership with Focus Financial Partners.

And just five years later, they’ve grown their assets to $8.5B and tripled their revenue.

In this episode, Gerry shares his story with Mindy, including: 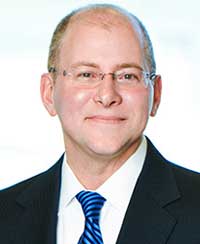 Yet what resonates most is his closing advice: Don’t let fear preclude you from exploring your options. While it’s easy to allow inertia to guide you, doing so can mean “you’ll miss out on the opportunity of a lifetime.”

RIA, IBD or somewhere in between
Which version of independence is right for you? Read->

IBD vs. RIA: Which way should an advisor go?
5 differences – and potential limitations – every advisor should understand before they decide on which version of independence is right for them. Read->

Optionality Under One Roof
For Advisors Who Aren’t Quite Ready for Independence. Read->

Why Settle for “Good Enough” When Great is Possible?
In a vastly expanded industry landscape with more high-quality options than ever before, some advisors settle for “good enough” when the potential for “great” is often within reach. What’s holding them back? Read->

As CEO and Co-Founder of GYL Financial Synergies, Gerry provides consulting services to corporations, municipalities, self-insurance funds, non-profit organizations and high-net-worth private clients in areas that include investment policy, asset allocation and investment management selection and oversight. He also advises clients on the structure and development of qualified retirement plans. Gerry lectures and authors articles on various investment-related topics, and has served as an adjunct professor in the MBA Program at the University of Hartford.

Before co-founding GYL Financial Synergies in 2016, Gerry worked for Wells Fargo Advisors and its predecessors for 18 years. He was formerly one of 75 members of the Senior Consulting Council, Wells Fargo Advisor’s elite senior consulting group. Prior to Wells Fargo Advisors, Gerry practiced law for six years, most recently with the Boston firm, Bingham, Dana, LLP, and is currently a member of the bar in New York and Connecticut (not currently practicing).

Gerry obtained his JD from George Washington University and his BA in Political Science with a concentration in World Political Economics from the State University of New York at Binghamton. He holds the Certified Investment Management Analyst® certification, administered by the Investments & Wealth Institute™ (formerly known as the Investment Management Consultants Association®) and taught in conjunction with the Wharton School at the University of Pennsylvania.

For the 25 years that Gerry has resided in Connecticut, he has been involved in many local organizations in a volunteer capacity, including serving as a trustee of the Jewish Community Foundation of Greater Hartford; President of the Hebrew High School of New England; Community Trustee for the Jewish Federation of Greater Hartford; and past trustee of the board for the Solomon Schechter Day School. When not working or giving back to the community, Gerry is an avid skier, and enjoys spending time with his wife and three children.