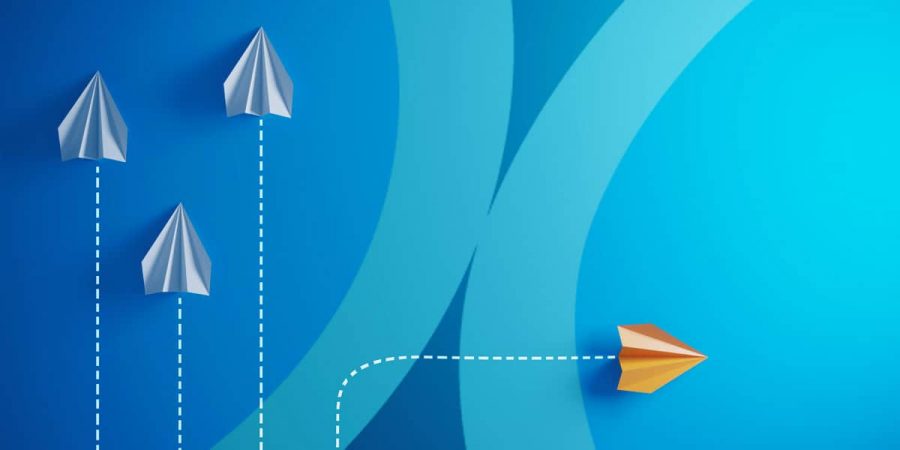 In a time when advisors have more choice of how and where to build their businesses than ever before, many find themselves “held hostage” by beliefs that could be limiting their true potential.

The process of considering change is a complex one, where an advisor’s goals often conflict with preconceived notions—the latter of which can take hold, distracting him from focusing on what’s best for the business overall. It’s a mind game that many get stuck playing, essentially driven by FEAR: That is, False Evidence Appearing Real.

Deep down, they know it’s time to make a change, but are fixated on what they think “might happen” if they do. For example:

Certainly, all of these scenarios are important considerations. But is it right to hold a business back based on assumptions or ideas that are not necessarily rooted in fact?

The reality is that advisors struggle with business challenges each and every day. The good news is that the industry landscape has evolved, offering more opportunities than ever before that could address those challenges and provide a better platform from which to thrive.

Consider David, a wirehouse advisor who is on the “back 9” of his career. He has a son working with him who’s poised to be his successor and has been thinking more about his business as a “business” these days. As such, David wonders if his firm is the right legacy for his son and clients. In exploration, he came to the decision that his next gen and overall client base might be better served elsewhere—David’s preference being either independence or a boutique firm like Rockefeller Capital Management or First Republic Private Wealth Management.

Yet he’s worried that a large institutional client – which accounts for $1mm of his $6mm in revenue – will not be comfortable anywhere but at a big bank.

In fact, David might be right, but he’s never tested the assumption. As such, he remains in a holding pattern, imprisoned by the premise that changing firms could mean leaving this client – and approximately a 1/6th of his revenue – behind.

It’s not unusual for advisors – particularly those in the brokerage world – to be trapped by outdated or untested beliefs. They’ve drunk the Kool-Aid for so long that it’s hard to step away from what they think “might be” and instead see what “could be.”

It can be tempting to make the decision to stay or go based upon that “one big thing.” But it is the responsibility of the team’s leadership to not lose sight of the big picture. That is, focusing on what’s best for the overall business, the team and the client-base at large—rather than focusing on a possible loss of revenue, a key team member, an important prospect or any other concerns that might be standing in the way.

So rather than resting on assumption, it often makes sense to look more closely at what the potential gaps are, then consider how they might be filled. For some, that could mean taking one step backwards in the short-term to open the door to the greater potential of two or three forward down the road.

In the case of David, it means looking at what his options are if he were to leave the client – and approximately 1/6th of his revenue – behind:

Getting hung up on assumptions can lead to insular thinking, so we always remind advisors to “check-in” with themselves: To face the real truths about the business as a whole, rather than held captive by the prospect of what may or may not be true.

For David, it was about looking at what a change could mean for the clients and the team and how he might get comfortable with any loss in revenue—whether or not there was truth in his belief that the client would not follow. With a strong pipeline and greater freedom, flexibility and control, his business stood to be on a solid trajectory towards more than making up for any potential loss in revenue: A path that allows him and his team to move beyond the inertia that was limiting his business.

Holding fast to assumptions wastes precious time and energy. Instead, getting educated on the facts helps to open the door to bigger picture thinking—and, ultimately, reaching full potential.