If Not Another Wirehouse, Then What? 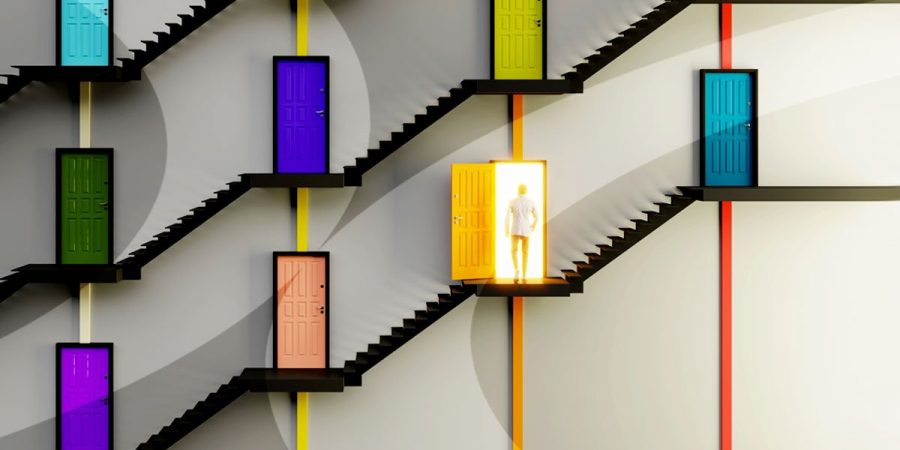 If Not Another Wirehouse, Then What?

Advisors considering change want something more than what they have at their current firm. The good news is that there’s plenty to choose from. But that’s the bad news, too.

No doubt much has changed in the 20 years since—not to mention the dramatic changes in the wealth management industry landscape.

While many advisors pine for the so-called “good old days,” the reality is that even as recently as five years ago, the options were irrefutably more limited for those wondering if their current firm was the very best place to serve clients. This increased optionality is a wonderful thing for advisors—proliferating choice and competition for top talent.

But with this expansion of viable solutions comes a certain level of confusion. So much so that even choosing between independence and traditional employee models is not all that straightforward—the delta between the two worlds having narrowed as top firms are now offering advisors more of the things they desire.

The influx of quality options can often lead to “analysis paralysis”—with advisors examining all sides of a circle ad infinitum.

While it’s true that almost all quality firms (big and small) can support basic planning and investment functions, the notion of “it’s more or less the same everywhere” is assuredly not true.

A Crowded Landscape of Legitimate Options

I often ask advisors I work with this threshold question:

If you had a magic wand and could create your perfect firm from scratch, what would it look like?

Advisors will often list several attributes (such as freedom to serve clients without limitation, ability to earn a fair wage, flexibility on growth and eventual retirement, etc.).

But in the modern wealth management industry landscape, these attributes can be achieved in several ways, both as a traditional firm employee and an independent advisor.

Consider the case of Danielle, a 25-year wirehouse advisor who is interested in making a move. As Danielle said, “I know what the wirehouse world is all about. I want something more.”

It’s a common sentiment shared by industry veterans. Even though there are significant differences among the big firms, many reject the notion of ever moving to another wirehouse.

So, where are these advisors looking?

Often the conversation starts with the world of the new boutiques and regional firms. These firms represent traditional employee models but with a more agile culture and sometimes a more impressive imprimatur and sophisticated advisor/client base.

Today, two renowned entrants in the boutique space, First Republic Wealth Management and Rockefeller Capital Management, have become very viable options for top-tier advisors. Moreover, regional firms like RBC and Raymond James, no longer regional in the geographic sense of the word, are legitimate players in the upper reaches of the industry.

But most advisors, even those who feel confident that one of these models is right for them, at some point ask the question: “What about independence?”

Independence in its truest form, whereby an advisor strikes out on their own and starts an RIA from scratch with the help of a third-party asset custodian, is likely a bridge too far for these advisors. Those interested in that path know it from the get-go: They are entrepreneurs at heart and aren’t considering a regional or boutique firm because these simply do not satisfy the desire to create their own enterprise.

But importantly, an incredibly robust ecosystem has been born to support the breakaway advisor, solving for almost every possible obstacle. So even advisors who aren’t inherently entrepreneurial may still legitimately make the leap to independence.

As a result of the growth of supported independence models (that is, firms that provide transition support and ongoing middle- and back-office functions), it’s very common to find advisors considering both options: The regional and boutique firms on the traditional employee side and the supported platform firms on the independent side.

So how does an advisor weighing these options reconcile the decision? It comes down to what they value most.

If the answer to that question is up-front capital, then it’s a pretty clear choice. Even as many supported independence firms have begun to pay some up-front capital, it’s nowhere near the same ballpark as these traditional employee channels.

However, for most advisors, the decision isn’t so cut and dry. While nobody would turn down the up-front money, it’s often not “item 1a” on an advisor’s priority list. And with numerous creative capital solutions available in the independent world (forgivable and non-forgivable loans, equity sales, revenue participation notes, and more), it’s these advisors who have some real soul searching to do.

Among the considerations to evaluate:

These are not easy issues to weigh, and I do not profess to have the “right” answer if one even exists. But I’d posit a question instead: How independent is independent enough? For some, only the utmost in freedom and control is enough. That means no W-2 status, no management team to report to, and no ever-changing payout grid. For others, these boutique and regional models are plenty independent: Less pressure to cross-sell, less bureaucracy, and a better, more nimble culture.

Some advisors will never part from the wirehouse world: They need the brand, resources and consistency—and there is absolutely nothing wrong with that. Other advisors will never work as an employee: They value freedom, flexibility and control above all else, even at the expense of brand name. But a large subset of advisors falls somewhere in the middle—and for these advisors, the possibilities, though daunting, are both exciting and bountiful.

Vice President, Senior Consultant. Jason has a unique vantage point that benefits the advisors he counsels—with a combination of knowledge and empathy that few can claim. Learn more...