From Intern to CEO: How an Accidental Entrepreneur Built a $50B+ RIA Empire

A conversation with Adam Birenbaum, CEO of Buckingham Wealth Partners, and Louis Diamond

It may come as a surprise that not every leader in the wealth management industry starts off with a background in the financial space. That said, the role does require a level of innate creativity, along with strategic and critical thinking skills—and it certainly doesn’t hurt to be mentored and nurtured by those who paved a “multi-billion dollar pathway” towards success.

For example, Adam Birenbaum, CEO of Buckingham Wealth Partners, graduated college and jumped into the energy industry. Yet he felt it wasn’t the right path: What he really wanted to be was the next “Jerry Maguire”—a master dealmaker for sports icons. 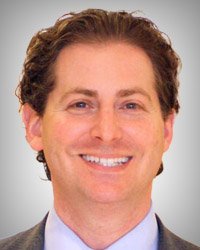 So he went to law school and worked at Buckingham as an unpaid summer intern. It was a role Adam returned to each year until becoming a full-time employee upon graduation in 2005. Rising through the ranks at the RIA firm – from compliance manager to chief compliance officer and then on to general counsel – enabled him to witness the planning and decision-making processes that propelled the firm’s initial growth.

Just pushing past the height of the financial crisis in 2010, Buckingham announced the succession plans for the $12B firm—and Adam was designated to lead them into their next chapter.

During Adam’s tenure with the firm, they’ve closed over 40 M&A deals, bringing their total in assets to over $50B—extraordinary results, particularly from a leader who considers himself an “accidental entrepreneur.”

Today, Buckingham is a destination for top advisors and teams, and one of the stars of Focus Financial’s network—something Adam credits to their “obsession with helping independent advisors design, build, and protect financial lives.”

In this episode, Adam shares the Buckingham story with Louis Diamond, including:

There’s a lot to learn from this conversation with Adam. He shares how his unique combination of drive and passion for the business is only compounded by his vision for growth—and how having the right team can make all the difference in the success of a firm.

Equally important to implementing his progressive vision for the future is his commitment to the organization’s enduring legacy and his role of being the standard bearer of the history, values and culture established by the firm’s founders. Adam has successfully carried the torch from one generation to the next, maintaining the dynamic enthusiasm and client-first approach that has allowed our business to thrive.

Early on in his professional life, Adam followed his interest in finance to a job focused on valuation, transactions and restructurings. While he loved the world of finance, he felt he was missing a bigger opportunity to connect with and bring value to the lives of others in a more meaningful way. Returning to St. Louis to attend law school, Adam was inspired by the book “The Only Guide to a Winning Investment Strategy You’ll Ever Need” by industry thought leader Larry Swedroe. He tracked down the author’s firm, only to find that his dream job — a better way to work in the world of finance — was right in his own backyard.

As Chairman and CEO, Adam leads strategic planning and initiatives across the entire organization, continuously evolving and improving its approach to attracting top talent, building robust infrastructure and delivering an unrivaled client experience. Specifically for Buckingham Strategic Wealth, his keen eye for succession and growth has helped create deep wealth management teams capable of supporting clients now and for generations to come, as well as expand its size and depth of client experience through a combination of organic and acquisition-based growth strategies. The combination of these efforts has enabled Buckingham to become one of the largest Registered Investment Advisor firms in the country.

His enthusiasm for helping clients achieve their most important goals extends beyond the boardroom. Adam serves on the financial and investment committee for several nonprofit organizations and is a member of Fidelity’s Advisor Council. He’s also active with the St. Louis Chapter of Young Presidents’ Organization (YPO). Adam was among Financial Advisor magazine’s 10 Young Advisors to Watch in 2017. He was named the 2015 Business Person of the Year by the Clayton Chamber of Commerce and is a past recipient of the prestigious 40 Under 40 award from the St. Louis Business Journal. He was impressively recognized in 2012 as ‘The Most Influential Figure in the RIA Industry’ by RIABiz.com, and in 2014 he was included in the inaugural 40 Under 40 list published by Investment News.

Adam is a graduate of Vanderbilt University and St. Louis University School of Law. He is an avid sports fan, an active collector of sports memorabilia and a lover of movies. He and his wife, a pediatrician, have three wonderful children — two daughters and a son.