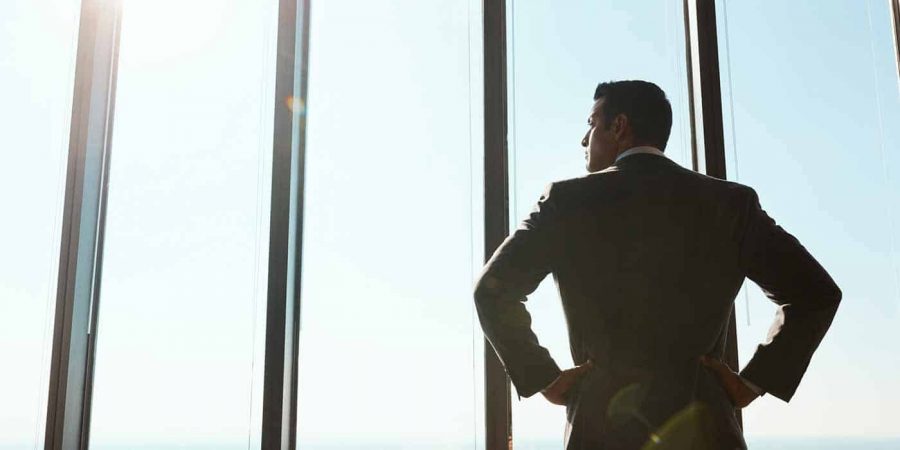 There’s a battle for control taking place between big brokerage firms and the advisors who work for them—a battle that advisors are increasingly losing as each year goes by. Deferred compensation (or restricted stock) often serves as the firms’ ammunition – a way to control behavior and keep advisors in their seats – in an attempt to stave off attrition. The firms count on an advisor’s reluctance to make a move and leave money on the table. And given retention deals have expired and so many are now free agents, it’s no surprise that wirehouse advisors have found more of their income being deferred—whether it be a percentage of their payout or for bonuses earned.

If money is the only benchmark for an advisor evaluating whether to stay or go, then deferred compensation can be a pretty powerful deterrent—especially if you’ve spent your entire career at the same firm. But for those advisors for whom the pain of staying has become greater than the pain of leaving, the “golden handcuffs” may not be enough to keep them in their seats.

As with any potential move, the calculus for considering a change begins by weighing the pros and cons of staying versus going. If you’re a long-tenured advisor who’s accumulated a significant cache of deferred comp, there’s no denying that leaving behind a large chunk can be a hard pill to swallow. Yet if you no longer feel that where you are is serving you or your clients’ best interests, allowing your business to suffer while waiting for your unvested deferred to vest can come with a far greater cost.

The good news is that the waterfall of opportunity has changed exponentially in the past several years, and you may be surprised to find that you have several viable options to consider if you no longer feel that staying with your firm is the right choice. Consider these 3 alternatives:

1. Another firm: Upfront economics may offset what you’re leaving behind.

While 2 of the 4 major wirehouses (UBS and Merrill Lynch) have pulled back on recruiting experienced advisors, other significant industry players perceive today’s environment as rich with opportunity. In fact, recruiting deals at many firms have rebounded significantly since 2017 and the race for top talent is back on.

At select firms, “published deals” for top advisors – or what the industry refers to as “franchise players” – are currently 300% of trailing 12-months production all-in, with some firms even offering at least partial reimbursement for unvested deferred comp. With deals this rich, advisors have the opportunity to de-risk a move and monetize the business while also offsetting unvested deferred. That said, while upfront money should never be the only reason to make a move, for those who feel there are tangible impediments to growth, there are many firms that are willing to be more creative and flexible than ever before.

2. Independence: The long-term value and equity of your business often exceeds what you give up in the short term

A recent study shared on Financial-Planning.com indicated that since 2014 advisors managing $140B in AUM have transitioned from major wirehouse firms to independence. For perspective, that equals 25% of UBS’ US wealth management assets.

The momentum towards independence has shown no signs of weakening as long-tenured advisors – many with significant deferred at stake – are making the leap for greater freedom in how they run their business and serve their clients. And while the opportunity to gain freedom and monetize some portion of the business upfront were once mutually exclusive, the ecosystem born to support the independent space has grown exponentially and now offers models which do solve for both requirements.

Additionally, advisors making the move to independence are betting on the long-term value of their business—not to mention landing at a model which they believe offers them the ability to serve clients better and grow their business faster. With multiples ranging from 6-8X EBITDA for RIA businesses with $500mm+ in AUM, the opportunity to sell a business on the open market down the road often far exceeds even a short-term monetization event—not to mention the deferred an advisor leaves behind. And, by gaining access to truly open architecture and enhancing their ability to service clients, many independent advisors make the case that it’s their clients who stand to benefit the most.

3. Quasi-Independence: A solid solution that offers short-term monetization, the flexibility of independence, plus support.

Lastly, there’s a middle-ground solution that offers the best of both the employee and independent models and has gained incredible traction with top advisors: The quasi-independent space. While not new, it’s become an attractive solution for advisors seeking greater freedom and flexibility but who are not interested in full-on independence. Perhaps best described as a modern twist on the RIA, quasi-independent firms are often W2 models offering third-party custody via an institutional custodian (i.e., Schwab or Fidelity) while also providing advisors with access to a robust product and technology platform.

Many of these boutique firms have been launched by industry icons and are seeing extraordinary success right out of the gate. For example, Greg Fleming, whose firm Rockefeller Capital Management recruited 9 mega-teams just over the past 12 months.

Quasi-independent firms offer upfront recruiting deals – often a mix of cash and equity in a larger enterprise – and are a real draw for advisors who feel that they have too much unvested deferred at stake. It’s a model that’s a real win for advisors—allowing them to monetize, grow their business and better serve their clients.

Truth be told, it may be hard to come to terms with leaving behind any portion of compensation that you have rightly earned. But the good news is that despite how tight those golden handcuffs may become, no one is ever stuck. By changing your thoughts and being flexible, you’re likely to find that the evolved landscape has many options to solve for what’s frustrating advisors most. And while big brokerages may seek to further bind advisors to the firms, the opposite response appears to prevail as advisors continue to vote with their feet.

So, if you’re at a firm that no longer feels right, now is the time to get acquainted with what is a vastly changed landscape offering more options than ever before. An educated and open mind will help you find the right next step and get you that much closer to your idea of perfection.