A conversation with the Founder and CEO of United Capital, a Goldman Sachs Company

While the momentum towards the independent space has been fueled mainly by advisors searching for a better way to serve their clients and grow their businesses with flexibility and control, there’s little doubt that entrepreneurial spirit and determination play a role as well.

And the guest on this episode epitomizes that spirit—demonstrating a level of drive that many can only imagine. 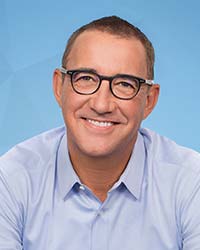 Joe Duran, the founder and CEO of the firm formerly known as United Capital, now a Goldman Sachs company, started his journey from inauspicious beginnings in Zimbabwe, leaving home at 18 to travel the world. He landed in America, went to college, married and started his financial career as an intern for a very small investment firm. By his late 20s, Joe became President of that firm – Centurion Capital – which he later sold to General Electric.

An American dream realized, for sure! But it didn’t stop there.

Although he became President of GE Private Asset Management, his entrepreneurial side wanted much more. So, he left that role, went back to school, and received not one but two MBAs. Yet these were all experiences that were leading up to his ultimate goal: To build a financial advisory firm that differed from others. That is, one in which advisors are focused on their clients’ lives and what they wanted to accomplish, rather than their money and investing it.

In 2005, United Capital was born and since its inception, the firm grew to a reported $26B in assets. Then last year, the firm was acquired by industry behemoth Goldman Sachs.

It’s an incredible success story—one that’s getting even more interesting as this new chapter unfolds in a world that’s very different than the one in which United Capital was founded. Listen in to learn as Joe shares:

Plus, Joe shares the “one simple rule” on maximizing value—advice that is beneficial for any advisor, whether seated at a brokerage firm or building an independent practice.

It’s a perspective on the industry that is straight out of the mind of a tried and true entrepreneur—a roadmap to success that any advisor can learn from.

How to Maximize Growth When Adding One Client at a Time No Longer Seems Like Enough
Advisors with their sights set beyond what organic growth delivers find greater opportunity in the independent space. Read->

Strategically Exploring M&A in the Independent Landscape
Which of the 4 types of acquirers would be a good fit for your business? Read->

A proven entrepreneur, investor, best-selling author, and sought-after industry speaker, Joe previously built Centurion Capital as President of the company, which he sold to General Electric Financial (GE) in 2001.

He is a renowned industry visionary with featured columns in both InvestmentNews and Time Magazine’s Money.com. Joe is a frequent contributor to CNBC, Fox Business, Bloomberg and PBS and appears regularly in both traditional and online media, and was a recipient of a prestigious Ernst & Young Entrepreneur of the Year award in 2015 and the Schwab Pacesetter Impact Award.

His most recent book, “The Money Code: Improve Your Entire Financial Life Right Now,” achieved best-seller status on both The New York Times and USA Today lists. Joe has an undergraduate degree from Saint Louis University and MBA degrees from University of California, Berkeley and Columbia University. He earned his Chartered Financial Analyst designation in 1997.

Most importantly, Joe is lucky to have a wonderful family who inspires him every day. Joe, his wife, Jen, and their daughters, Charlotte, Juliette and Samantha, live in Newport Coast, CA.