Beyond the Numbers: Key Insights from the Fidelity Advisor Movement Study

A conversation with Scott Gorham, Vice President of Competitive Intelligence at Fidelity Institutional, and Louis Diamond

The conversation around “increased advisor movement” might seem anecdotal and obtuse at times, yet it’s anything but. The proof of such commentary comes from many of the industry’s leading reports—one most commonly referenced is the Fidelity Advisor Movement Study.

Conducted by Fidelity regularly since 2014, it’s a cross-industry survey exploring advisor movement within and across industry channels, with a focus on what advisors perceive as the benefits and barriers to making a move. 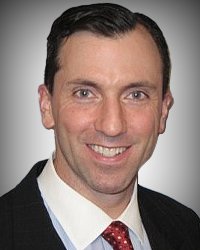 As a result of the pandemic, the 2020 Advisor Movement Study was conducted in two phases—allowing the intelligence team to isolate how the crisis impacted actual movement and whether it played into their mindset and consideration of changing firms or models.

To get greater detail on the numbers – and how they impact individual advisors and the industry as a whole – Louis Diamond sat down with Scott Gorham, Vice President of Competitive Intelligence at Fidelity Institutional.

In this episode, they break down the data most relevant to advisors and share key insights, including:

As Louis and Scott discuss, even with the world turned upside down in 2020, advisor movement was incredibly strong. Yet it’s statistics like 90% asset portability and 30% growth for RIAs that are most compelling.

Listen in to learn the trends that are anticipated to drive change into the coming year and beyond.

Mentioned in the episode:

How “The Year Unlike Any Other” Will Reshape Wealth Management in 2021
No one could have predicted what 2020 had in store for us, yet through it all, many advisors are finding themselves better off because of it. How is that possible? Read->

Scott Gorham is Vice President of Competitive Intelligence for Fidelity Institutional.  In this role, Scott and his team are responsible for providing actionable insights enabling the business to compete against most effectively both industry stalwarts and startups.

A twenty-three-year Fidelity veteran, Scott joined Fidelity in 1998 as a financial analyst.  He began his competitive intelligence work in 2004 within the Finance organization where he spent his first 10 years at Fidelity.

His previous competitive intelligence roles were in support of Fidelity Personal and Workplace Investing and the former Fidelity Brokerage Company.  Prior to that, he worked in Fidelity Personal Investing Finance supporting the Product Groups of Mutual Fund Distribution, Brokerage, FundsNetwork, Portfolio Advisory Services and Private Wealth Management.

Scott holds a Master of Science in Finance from Suffolk University, an MBA from Quinnipiac University, and a Bachelor of Science degree in Criminal Justice from Northeastern University.  He passed the Chartered Financial Analyst Level I exam and completed the Securities Industry Institute® program, sponsored by SIFMA, at the Wharton School of the University of Pennsylvania.