Learning from the Leaders: Bob Mulholland on Roadblocks, Change and the Wave Towards Independence

He was “in the room where it happened.”

With nearly 4 decades in wealth management, you can say that Bob Mulholland not only witnessed a world of change—he participated in it.

Because there are few people in this industry that can claim Bob’s experience—which started off at Merrill Lynch, first as an advisor and then as Head of Merrill Lynch’s Client Relationship Group managing over 14,000 advisors in North and South America. 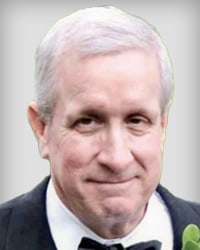 After 25 years at Merrill, Bob served as the President of Sound Securities, LLC, an execution-only broker dealer.

Yet it was in 2009 that many feel came the most pivotal point in Bob’s career. That’s when his former Merrill colleague and then-UBS Americas CEO Bob McCann tapped Bob to join him on what McCann called his “renewal team” at the struggling UBS wealth management unit.

Unfortunately, UBS was in tough shape following the 2008 crisis. Industry media reports that advisor headcount within the wealth management group dropped over the next 3 years from 8,248 to 6,796, and $32 billion in client assets walked out the door.

But as many will tell you, Bob played a key role in the turnaround of the firm.

As McCann’s second in command as the Head of The Wealth Management Advisor Group, Bob oversaw some 7,000 advisors, plus UBS’s investment products and services platform. He retired from UBS in 2015 and in May of this year was named to the Board of Directors for Steward Partners.

Bob joins the show to share his experience and wisdom on a much-evolved industry, including:

There are many pearls of wisdom in this episode, but it’s perhaps Bob’s perspective on what wirehouse leaders can do to stave off attrition and create more trust and loyalty amongst the advisor force that was most compelling: That is, to give them hope, respect, more open communication, and a place to come to work that they enjoy.

There are few opportunities to get candid access to someone with this level of “insider’s knowledge”—making it an episode worth listening to.

Multi-Generational Teams at a Crossroads: Wirehouse Sunset Program or Independence?
An in-depth look at the opportunities and options for retiring advisors and the next gen from an expert on the topic, Justin Weinkle, Director of Strategic Analysis at Dynasty Financial Partners. Read->

Bob Mulholland is a long-time financial veteran with more than thirty-six years of experience in the industry. He spent twenty-five years at Merrill Lynch, starting as an advisor and then eventually becoming Head of Merrill Lynch’s Client Relationship Group, encompassing 14,400 advisors in North and South America. Bob spent five years as President of Sound Securities, LLC, an execution-only broker/dealer. He would go on to transition to UBS in 2009, where he served as Head of The Wealth Management Advisor Group. In that role, he oversaw nearly 7,000 advisors, including UBS’ investment products and services platform, and was instrumental in the revival and turnaround at UBS. He retired from the firm in 2015. Mr. Mulholland is a graduate of Lehigh University and completed the Advanced Management Program at Harvard University.