Life After Goldman Sachs: A Story of Extraordinary Success

A conversation with Justin Berman, Founder and CEO of $3B Berman Capital Advisors

Any advisor who chooses to leave the comfort, familiarity and support of a major firm for independence is nothing less than courageous. But it is especially brave when a Goldman Sachs advisor does so.

Because Goldman advisors face the most onerous of post-employment restrictions: Garden Leave.

And spending 60 to 90 days on the beach is a significant risk that many advisors are reluctant to take. That is, unless they had complete confidence in their client relationships and their own ability to thrive as an independent business owner. 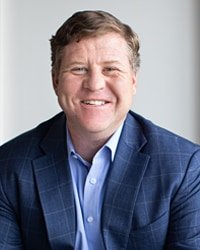 Even today it’s big news when a $1B+ team breaks away, but it’s even bigger news when they’re leaving the prestigious imprimatur of Goldman Sachs to do so.

Yet advisors tell us that things are changing at the firm. So much so that in the last 3 years, we’ve seen more Private Wealth Advisor teams – 14 actually – managing a billion dollars or more change jerseys than in the previous 2 decades combined.

So imagine a Goldman advisor making the leap 10 years ago—that is, to leave the firm and opt for independence at a time when the model wasn’t nearly as mainstream as it is today.

Case in point, a decade ago Justin Berman was running a successful private wealth practice at Goldman Sachs, managing over a billion dollars in assets. But he felt things were changing, limiting his ability to serve his high net worth clients’ needs and continue to grow his business.

So after almost 7 years with the firm, Justin opted to make the biggest leap of all and go independent, forming Atlanta-based Berman Capital Advisors.

Now, with a decade of business ownership under his belt, Justin joins the show to share the pushes and pulls that drove his decision to make such a significant leap. He offers sage advice for any advisor considering a move whether to independence or otherwise, including:

As Justin candidly shares, it was the threshold question from his largest client that was most persuasive in his decision to leave Goldman, “Are we getting the very best advice? Are you really able to put your best foot forward to help our family achieve our financial goals without limitation?”

And answering those questions is what he feels the decision to leave is really all about.

The Times They Are a Changin’—And So Are the Advisors
What can be learned from the growing trend of advisors leaving Goldman Sachs, regardless of the once seemingly impassable garden leave. Read…

Prior to launching BCA, Justin was a Vice-President in the Private Wealth Management division of Goldman Sachs & Co., where he was a member of the firm’s Leadership Council. He has also served in the Investment Advisory Group at myCFO, Inc. and in the Private Client Group at Arthur Andersen & Co.

Justin is active in community affairs and serves as Chairman of the Board of My Journey Matters and is on the board of trustees of The McDonough School of Business at Georgetown University, Leadership Atlanta, Grady Health Foundation, and the Jewish Federation of Greater Atlanta. Justin is also involved in the Young Presidents’ Organization. He and his wife, Mara, reside in Atlanta and have three children