Part 1 of a 2-Part Series on M&A—A conversation with Karl Heckenberg, President & CEO of Emigrant Partners

When New York Private Bank and Trust doubled-down on their control of Fiduciary Network in 2018, the wealth management industry took notice. Certainly, banks had been playing in the M&A field with RIA firms for years, but this was a different game altogether—because Fiduciary Network was actually an aggregator of RIA firms, not an RIA itself. In fact, Fiduciary Network was a pioneer in the industry, alongside Focus Financial Partners, providing a pathway for founders of independent firms to take some chips off the table, recycle equity to the next generation, solve for succession and develop strategic partnerships for M&A.

To be sure, there were some naysayers on whether a bank such as New York Private Bank and Trust could successfully compete amongst other acquirers. But Howard Milstein, the chairman and chief officer, bet the bank on Karl Heckenberg. 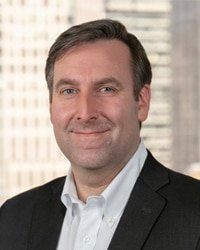 And a smart bet it’s proving to be because Karl, president and CEO of now Emigrant Partners, has taken the role seriously. He put the Fiduciary Network name aside and is building out a value proposition that’s rooted in providing growth capital and serving as an advice partner to independent firm owners.

This value proposition, along with the well-established clout of the Milstein family, has carved a niche for Emigrant that few others can claim—and has earned the firm industry distinction as being representative of a “new breed of acquirers” in the RIA space.

While the M&A market has enjoyed years of record-breaking deals, the impact of the COVID crisis has put some uncertainty into valuations and appetite. But as Karl shares, it’s not all bad news. Even in the midst of the pandemic, Emigrant completed 2 acquisitions: $14B Stratos Wealth Partners based in Ohio on April 1, and $3B RIA Parallel Advisors out of San Francisco on May 4th.

In part 1 of this 2-part series on M&A, Karl shares the point of view from the acquirer’s side of the table, including:

Plus, Karl shares how the role of acquirers is changing: Firms like Emigrant are not solely about monetization—they are fast becoming advisory partners to young RIAs who are positioning their firms for growth.

Stay tuned for the follow-up to this episode, in which the founder and CEO of Stratos Wealth Partners, Jeff Concepcion, will share the seller’s point of view, as well as inside baseball on his firm’s deal with Emigrant. So listen in and be sure to subscribe to be notified when new episodes are released.

3X Growth: How a Pivot from IBD to RIA Turned into a Nearly $4 Billion Slam-Dunk
Rob Nelson, CEO and founding partner of NorthRock Partners, discusses the value of taking on a capital partner like Emigrant Partners. Listen->

Karl is the President and CEO of Emigrant Partners and its affiliated company Fiduciary Network. In addition, he sits on the Board of Managers of the aforementioned companies. Karl has worked in financial services throughout his entire career and has previously worked for Merrill Lynch, A.G. Edwards & Sons, Wells Fargo and Charles Schwab.