Josh Brown transitioned from mechanical engineer to the Merrill Lynch training program, building a business from zero to $650mm over nearly 2 decades. Firm changes prompted him and his team to consider their options, launching NorthEnd Private Wealth on LPL Strategic Wealth Services channel.

Just over two decades ago, Josh Brown had transitioned from working as a mechanical engineer at a textile mill to the Merrill Lynch training program.

It was a bit of a leap, but one that paid off—ultimately building a business from zero to $650mm at the firm.

Yet it was Merrill’s entrepreneurial spirit, “the thundering herd mentality,” that Josh felt drove him and his friend and partner Scott Thompson’s success.

That is until Bank of America came along and, over time, things changed. So much so that a team member with nearly 4 decades at the firm came to Josh and said, “You’ve got to get us out of here.”

Their due diligence led them to consider independence, but the idea of extra scaffolding and support was also very appealing.

And in a landscape that provides more optionality than ever before, LPL’s Strategic Wealth Services became the standout. So, in April of 2021, Josh and his team left Merrill to launch NorthEnd Private Wealth on LPL’s nascent independent channel.

In part 1 of a 2-part series hosted by Louis Diamond that dives into supported independence and specifically LPL Strategic Wealth Services, Josh talks about his journey, including: 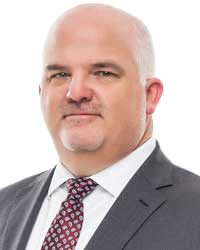 For Josh, the goal was to ultimately control their own destiny by “focusing on the day-to-day of financial planning, while stripping out the noise that was coming from the bank.” And their choice to build Northend Private Wealth allowed them to accomplish that and more.

In our next episode, Kimberly Sanders, SVP of Advisor Solutions at LPL Strategic Wealth Services, joins the show to dig into what makes their new model unique in the growing supported independence space and talks about changes in the industry landscape overall. So be sure to listen in.

Josh Brown, Managing Partner, NorthEnd Private Wealth, chose a career in Wealth Management to be a voice of reason by encouraging others to plan for their future, not only increasing their profits but protecting their gains.

In early 2000, as the dot-com bubble was building, Josh was working as an engineer and noticed there was a constant dialogue about market uncertainty. There was no one with sound reasoning and logic at his place of work to turn to, so he became that person for his co-workers. It was during that time that he decided to change careers and enter the financial services industry.

As a former engineer, Josh brings with him a unique perspective. His experience and innate abilities let him excel at finding patterns, analyzing extensive amounts of data, and turn it into a plan that’s simple to understand, yet layered with complex solutions and strategies. It’s no surprise that he is the recipient of multiple awards. Josh has routinely been a recipient of the Forbes Best in State Award2 and has appeared on Barron’s Top Advisor List1.

Josh genuinely cares about the success of the families he works with and cherishes the friendships he has cultivated over the past twenty years. Josh is a natural communicator and builds authentic and instant rapport with his clients and their families.

Josh and his wife, Alexis, have three children: Mason, Hudson and Sophie. Josh believes it’s important to be involved in his Greenville, SC community. He loves to spend his spare time mentoring local youth and coaching middle school and high school basketball.