A Model of Supported Independence That Fills the “Fear Gap”

There are plenty of advisors who want to go independent but are hesitant—beleaguered by thoughts like: What would it take to setup the business? What do I need to know about platforms and technology? Where do I even start?

And it’s questions like these that are being answered by RIAs like Kestra Private Wealth Services, also known as Kestra PWS—a perfect example of a firm born to support a growing need for full-service paths to independence. 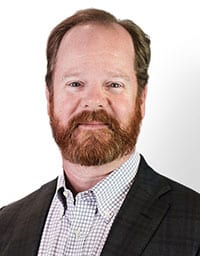 Rob Bartenstein and his partner Scott Wilson, wirehouse breakaways themselves, felt that a chasm existed in the landscape – one that they refer to as the “fear gap” – which stopped many advisors from pursuing independence. The partners took their decades of experience with the likes of Merrill Lynch, Morgan Stanley and UBS, put their “advisors’ hats on” and set out to fill that chasm—giving rise to Kestra PWS. The firm has since become a popular path for breakaways who seek the freedom and flexibility of independence without the hassle of having to build their own firm from scratch.

In this episode, Rob discusses:

Rob says that filling the “fear gap” is a concept that remains a foundation of the firm to this day, allowing them to continually evolve Kestra PWS as needs change. And as they continue to close that gap, the firm remains a solid option that makes a move to independence more like a step, instead of a leap.

As the chief executive officer of Kestra Private Wealth Services, Rob is dedicated to providing experienced advisors with the services and support they need to start their own successful, independent businesses.

He began his career in financial services as a private banker and acted in that capacity for three firms, Donaldson, Lufkin & Jenrette, its successor Credit Suisse First Boston, and Merrill Lynch, establishing private banking offices for Credit Suisse and Merrill Lynch in the Washington, D.C. market. In 2008, he joined Morgan Stanley in an executive role to lead business development in California, Hawaii, and Nevada. In 2011, he left Morgan Stanley to help establish Washington Wealth Management, which rebranded as Kestra Private Wealth Services in 2016. Rob is a regular contributor to CNBC, Fox Business, and Bloomberg, as well as numerous industry publications.