In Pursuit of Purpose: The Story of a Billion-Dollar Breakaway Turned Fee-Only Independent Entrepreneur

A conversation with Jeff Thomas, Founder/CEO of Archetype Wealth Partners

While the ultimate decision to make the leap to independence varies from advisor to advisor, one deciding factor they often share is the desire to “do better” for their clients.

As Morgan Stanley breakaway Jeff Thomas put it, he did not want to have his epitaph read, “Here lies Jeff. He made rich people richer.” 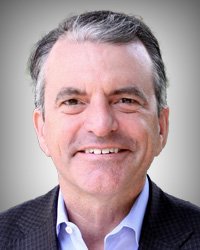 And no doubt, Jeff knows how to make people richer. He built a business from scratch to over a million dollars in just five years, and it kept growing from there—on up to a billion dollars in assets under management while at Morgan Stanley. But as his business grew, even though he was happy in his personal life, he felt he lacked purpose.

Jeff realized that it was time to go deeper in the planning process with clients and create a closer connection between their values and the resources available to them.

After 25 years of working for the biggest names on Wall Street, Jeff and his team concluded that they could only pursue that vision by starting their own independent firm. So, in April of 2017, they left three-quarters of their billion-dollar business at Morgan and launched a completely fee-based firm called Archetype Wealth Partners in Houston, Texas.

Their goal: To provide a next-generation, conflict-free platform where advisors and clients could flourish.

And some 3 years later they more than doubled their assets to over $500 million as of this recording.

Jeff is a stand-up guy, with accolades that include being named to Morgan Stanley’s Chairman’s Club, plus recognitions from Barron’s and Financial Times. He’s also an author, capturing the story of his journey in Trading Up: Moving From Success to Significance on Wall Street.

In this episode, Jeff shares how independence has changed his perspective on the wealth management industry, including:

For Jeff, independence was the only path he could see that would provide him and his team the ability to move from “success to significance” as he puts it—and serve their clients as true fiduciaries. And one might say, they’re succeeding in that mission and then some. It’s a great story of how an advisor, driven by purpose, can build the business of his dreams—with valuable lessons for employee advisors and business owners alike.

Jeff was named to Morgan Stanley’s Chairman’s Club (top 2% of advisors) in 2008.  From 2009 to 2013, Barron’s magazine recognized him as “One of Texas’ Top Financial Advisors”. After 25 years of working at some of the biggest names on Wall Street, Jeff founded Archetype Wealth Partners, LLC., a pure fiduciary platform designed to help clients thrive across generations by connecting their money with their purpose. From advisors who are wired for more to high-capacity business owners, he is passionate about fueling leaders for greater impact. Jeff is the author of Trading Up: Moving from Success to Significance on Wall Street.