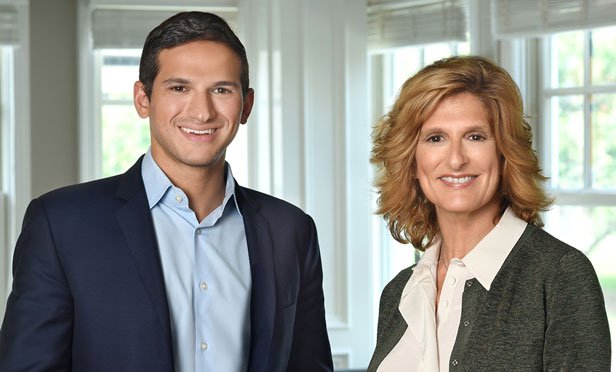 Diamond Consultants has named Louis Diamond as its new president. Louis, previously executive vice president, takes the baton from Mindy Diamond, who remains CEO of the advisor recruiting and search firm she founded in 1998.

The mother and son will continue to serve as consultants to advisors considering their career options.

The announcement comes as Diamond Consultants surpasses the $200 billion mark for assets moved as part of advisor transitions it has facilitated. It also shows how the firm’s leaders aim to follow advice they give their advisor clients.

Louis joined the firm in 2015, after working for UBS, Morgan Stanley, EY (formerly known as Ernst & Young) and Calvert Investments. His move into a new slot is “about him having grown into the role and really earned it,” Mindy added.

Given the level of change in the advisor landscape and the growing number of career and affiliation options for advisors, Diamond Consultants needed to “scale up” across its different activities — a concern that was on the CEO’s mind right before the pandemic and its associated lockdowns.

In early 2020, she thought about “how this waterfall of possibilities for advisors is expanding. There’s going to be more movement. There’s so much movement going on. How do we as a firm make ourselves more relevant and accessible to advisors?”

The time she spent running the day-to-day activities of the business didn’t seem to make sense. “What gets me up in the morning is working with top advisors and creating content” that best serves their career exploration, explained Mindy, who hosts a podcast on going independent.

For his part, Louis is looking at how the firm can grow through digital communications and its consulting work, while keeping up with industry trends like the breakaway advisor movement, M&A, RIA growth and disruptive technologies.

“We’ve seen just a massive expansion of viable options or landing spots for the industry’s financial advisors,” he said, referring to the growth of boutique-type firms such as Rockefeller Capital and First Republic.

According to Cerulli Associates, nearly one out of 10 advisors made career changes in 2020. “Last year was the most active recruitment year since 2014,” Louis said, and this year should be “just as robust.”

Most advisors are working from home and thus have more time to work on their practices and the ability “to conduct due diligence” about their career options, he added.

Interest in moving among wirehouse advisors, for instance, is “approaching an all-time high,” according to Louis. They want “much more freedom and control over how they serve their clients and operate their business.”

As seen on ThinkAdvisor