A level-headed, mission-oriented guide for advisors who knows first-hand about keeping calm under pressure.

Josh approaches every advisor and every business as a unique mission; an approach you might say he learned “under pressure”—literally.

Because prior to his career in financial services, Josh was a Deep-Sea Diver with the United States Navy. A decade in which he credits having developed a proficiency in “remaining calm and level-headed.”

He brings that same discipline to the work he does with advisors: That is, providing focused guidance whether they’re interested in joining another firm or model.

It’s a role he’s pretty familiar with: Josh developed a deep understanding of employee and independent models as a TD Ameritrade transition consultant—and during that time, served as a trusted advocate for hundreds of advisors who were exploring change.

Josh’s disciplined approach, industry knowledge and consulting experience join forces to help advisors objectively identify and weigh their options in a greatly evolved landscape. Yet it’s the unique combination of pragmatic creativity and his easy-going mannerism that many top advisors and independent business owners appreciate most.

While his role in working with advisors may not carry the same level of excitement he experienced as a Naval diver years ago, Josh is more than happy to be back on land—with a mission focused on helping advisors find their best business lives.

And when you work with Josh, be sure to ask him to share a story or two about his coast-to-coast deep-sea adventures—including getting wedged beneath an aircraft carrier in San Diego, diving under ice flows in New England, playing with sea lions in the Pacific and sweeping ships for explosives in the Gulf.

A Southern Illinois University Graduate, Josh graduated with a Bachelor of Science in Workforce Education and Development. Off the clock, he enjoys long walks with his wife and Great Dane, traveling, and competing in Brazilian Ju-Jitsu. 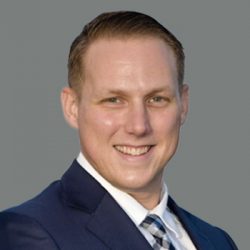