The Anatomy of a Merger 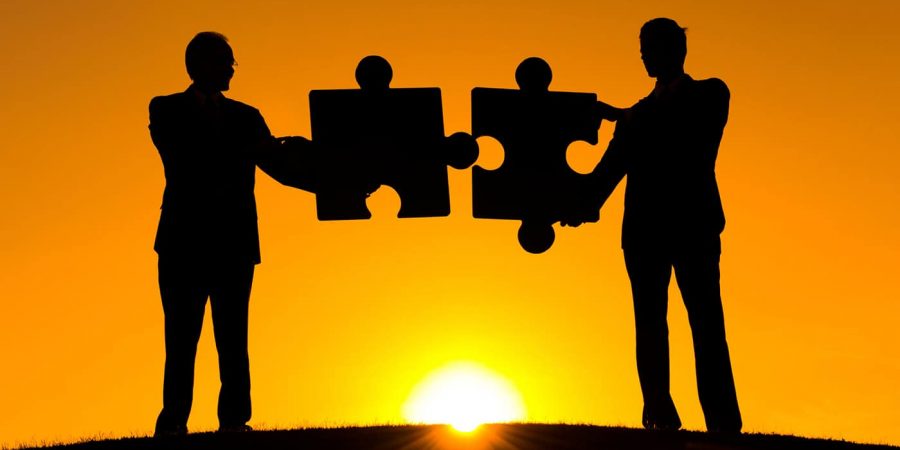 The Anatomy of a Merger

It’s less about giving up what you built, more about becoming part of something bigger and better

Financial services is a people business—advisors spend years cultivating relationships, earning their clients’ trust and building their businesses. There’s a highly human element involved and many entrepreneurs are personally intertwined with their businesses. That said, thoughtful business owners recognize that there’s more at stake than themselves as they need to ensure that their clients and staff will be well taken care of, if and when the time comes that they can no longer serve as CEO.

The first step: ensuring that you’re emotionally ready to sell

Determining your emotional readiness to share some or complete control requires some soul searching. Once that hurdle is overcome and a business owner determines that he values protection of the legacy he has built more than he values total control, the next step is to identify your objectives. What is it that you are looking to solve for and what is it that you would be willing to give up? And, can you picture what life will be like once you sign on the dotted line? Only once you’ve answered these questions should you start searching for a buyer.

Like a marriage, you must “know thyself” before starting your search for Mr. or Mrs. Right. With a touch of gray hair on his head, David – the principal of a fee-only RIA with approximately $500mm of client assets under management – had built a successful financial planning and wealth management practice, yet he faced many of the same challenges that plague independent business owners throughout the country. Though David’s firm was profitable, the ancillary administrative burdens took him away from what he loved most: interacting with clients, nurturing relationships, prospecting for new ones, and mentoring and grooming “the next gen” of advisors on his staff. With a changing regulatory environment, fears about how the DOL’s fiduciary rules might impact him, and the overall cost of doing business on the rise, David was continually getting squeezed on pricing from the outside vendors he leveraged to run his business. Like any good businessperson and financial planner, David recognized the importance of continued growth and worried that relying on organic means alone just wouldn’t be sustainable for the long haul. For the sake of his clients and his staff, he needed to ensure that he could survive in a low-return market. And David began to envision life beyond the business, thinking about time to work on his golf game, spend time with his grandchildren and just take life at a slower pace. While he had no plans to make a quick exit, his head and his heart were in the same place.

Nevertheless, many sleepless nights followed as David thought about what it would be like to give up some control and worried about how his employees and clients might feel about being part of a larger firm. Perhaps they preferred the small boutique culture that David had built? While there were a multitude of doubts lingering in David’s mind, he knew that as a small RIA, he would face greater competition over time which would in turn drive fees lower, impact his firm’s revenue and ultimately prevent him from continued investment in his infrastructure and staff. Additionally, David surveyed the independent advisory landscape and quickly realized that by joining forces with a larger firm, he could increase his enterprise value while ensuring that both his clients and his employees would be well taken care of.

Selling a wealth management business is no easy task. While there are no shortage of would-be buyers out there, few have the capital and expertise to get a deal done. Sellers typically begin with a long list of potential buyers, but over time see that finding the right fit is a bit of a process as there are cultural hurdles that need to be cleared. For David, chemistry and like-mindedness were key.

Enter Joel, the principal of a $1.5B fee-only firm who had already completed one successful merger, had a robust infrastructure in place with over 30 employees, and access to the capital required to get a deal done. After close to a year of dating, it became clear to all parties that each firm’s respective cultures were compatible and they saw the world the same way when it came to managing money and client service. Joel’s brand was highly respected and had a successful track record of organic and inorganic growth with an infrastructure capable of sustaining future growth. Additionally, Joel’s firm offered a trust and estate planning division, expertise David’s high net worth clients required as their financial profiles were growing more complicated. It quickly became clear to David that by aligning with Joel’s firm, a business that was scalable and had real enterprise value, David could offload the heavy lifting of running a business and get back to what he loved most—all while increasing the enterprise value of his firm.

Finding the right fit requires commitment, patience and compromise on the part of both the seller and buyer. Upon embarking on this process, David had made the decision that for him, “doing nothing” was not a legitimate strategy. He had spent years unsuccessfully trying to grow inorganically by recruiting advisors and had even tried his hand at acquiring smaller RIA’s in the area. The burdens of running a business took him away from his core competency of “making rain” so he wasn’t adding new clients at the same rate as he had been early on, so maintaining his profit margins had become challenging. While making the decision to sell wasn’t easy, David came to the realization that merging was less about giving up what he had built and more about becoming part of something bigger and better. And as with any M&A transaction, those that ultimately come to fruition possess the key ingredients for success: An emotionally ready and reasonable seller, and a flexible and willing buyer.