A Rare Glimpse into the Culture, Cachet and Success of First Republic

This is a story that truly exemplifies how much the wealth management landscape – and advisor mindset – has changed in recent years.

Because even in a world where “choice” has become the new norm, there are only a few firms that have captured the attention of advisors like First Republic Private Wealth Management has.

The firm has gained incredible traction over the last decade, which kicked off in 2010 when Bob was tasked to transform the wealth management unit into a major player.

And they did so in a really big way!

Since then, First Republic’s private wealth management unit has grown from $14.5B under management to more than $190B today—making it one of the largest corporate RIAs in the country with more than 200 advisors under its umbrella.

In 2020 alone, First Republic recruited 8 mega-teams representing a total of $19B in assets—with top talent from Merrill Lynch, J.P. Morgan, Morgan Stanley, Wells Fargo Private Bank and Goldman Sachs. And 2021 kicked off with the onboarding of a large Citigroup team managing nearly $3B in assets.

And speaking of talent, when Bob joined the firm in 2004, he brought with him 20 years of experience in senior roles at Goldman Sachs, Credit Suisse and Deutsche Bank.

Incredible as it all sounds, what’s really extraordinary is this: Top advisors are quite discerning and a tough lot. To get them to move at all is exceptional, but to get them to move to a bank – and one that is lesser known than the biggest brand names – makes the story even more remarkable.

In this episode, Bob and Mindy explore… 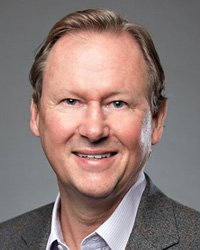 It’s a unique opportunity to hear, firsthand, from the leader of a firm known to maintain a low profile when it comes to being in the media—and get Bob’s perspective of what First Republic is doing to make it such a stand-out amongst advisors and the wealth management community at large.

How First Republic Private Wealth, an under-the-radar wealth management firm, became the hottest ticket in the space—and why it matters
6 key points that are attracting some of the biggest and best advisors to this bank-owned corporate RIA. Read->

What it Means When the Movement of Billion Dollar Teams Gains Momentum
As the biggest teams in wealth management move to greener pastures, it sends an important signal to the rest of the advisory world. Read->

First Republic Private Wealth Management And Rockefeller Capital Management: What Makes Them So Appealing To Top Financial Advisors?
A peek behind the curtains of these two firms demonstrates how the right combination of features has created a best-of-both-worlds model that stands out amongst the competition.
Read->

Industry Update: Why Rockefeller, First Republic and Other Boutique Firms Are Attracting So Many Top Advisors
In the third episode of our 3-part series on the landscape of the wealth management industry, we explore boutique firms—a version of independence that has become very popular, especially amongst top-of-the-food chain advisors. Listen->