The Most Misunderstood Broker Dealer in the Independent Space

Independent broker dealers are often a go-to landing spot for advisors who desire greater control and freedom in how they serve their clients and grow their businesses, yet welcome the addition of community, support and service. And it’s often these latter 3 components which serve as key differentiators—and have proven to be critical benefits as advisors navigate their clients and businesses through the COVID-19 crisis.

Yet in a landscape that offers over 100 different independent broker dealers (IBDs) to choose from, few have a history that can match that of Ameriprise. In over a century since its founding, the firm went through several acquisitions, multiple name changes and a variety of value propositions. 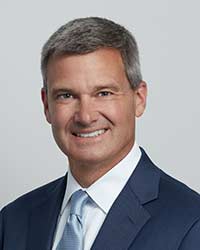 But in the last decade, the firm made some dramatic shifts in recruiting practices, including significantly increasing transition packages which, along with improvements in infrastructure, support, technology and marketing, have resulted in great success.

Today, Ameriprise has re-emerged and is stronger than ever, with a brand and business model that’s really resonating—evidenced by more than 10,000 financial advisors under its umbrella and annual revenue of more than $4.8 billion. And over the last several years it has consistently ranked as one of the top IBDs in the space.

Bill Williams, the executive vice president of the Ameriprise Franchise Group, joins the show to share some background on what’s changed at the firm and what’s coming down the pike, including:

No doubt, it’s difficult to change perception, especially in an industry where the landscape has expanded so vastly in the last number of years. But Bill makes a great case for how Ameriprise has taken its brand and service offering upstream—and that move has paid off with an enormous surge in recruiting success.

Bill Williams is Executive Vice President of the Ameriprise Franchise Group (AFG).  AFG represents over 7,800 independent advisors and generates over $4 billion in annual revenue.  He is responsible for leading all aspects of the operation including sales, recruiting, compensation, compliance, practice management, leadership and in-field training.  Ultimately Bill is accountable for growing advisor productivity and increasing overall headcount.

Bill joined Ameriprise in 1989 as an advisor in the Boston area and was named to the President’s Advisory Council (PAC) comprised on the top 1% of all advisors at the firm (over 6000) in his first year at the firm.  He built a successful team based independent practice while simultaneously moving into a formal management role.  Bill went on to hold a number of field leadership positions with increasing responsibility including District Manager, Field Vice President, Group Vice President, Senior Vice President before assuming his current position in 2009.

Bill grew up in New England and graduated from Bentley University with a BA in Finance. He currently lives in Edina, Minnesota with his wife and family.