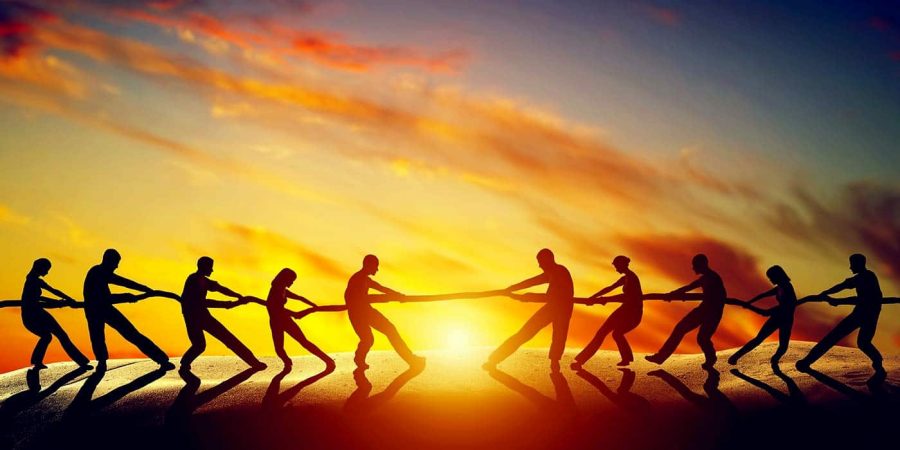 What’s behind the growth, movement and disruption in the industry today? Our 2018 annual survey takes a closer look.

It’s the time of year when we gather the team at Diamond Consultants to revisit the prior year—and few can argue that 2017 was an interesting one to review to say the least. Working together, we examine deals both large and small, dissect the headlines and hearsay, and study the players.

It takes a lot of expertise, brain-power and a hefty share of time to achieve our goal: To deliver our annual comprehensive and impartial look at the industry landscape—a whitepaper that we have published to advisors and firm principals alike for more than two decades.

As we put the final touches on the Landscape of the Wealth Management Industry for 2018, a consensus formed on an over-riding theme that emerged. It’s a theme that we believe grew to be a driving force for change in the industry, and it will continue to grow stronger this year and beyond. It’s what has motivated both firms and advisors to rethink and remap their courses. It was and continues to be the impetus behind the creation of so many new models that continue to grow and thrive. And it’s feeding the disruption in our industry—both through creating turmoil and propelling innovation.

It’s a theme that can be summed up in just one single word: CONTROL.

Control is driving the virtual “tug of war” between advisors: Advisors want more of it but the firms they work for, or are affiliated with, want to give them less. It is this battle that has driven the lion’s share of advisor frustration and, in many cases, movement.

Advisors at all levels and in all models – from those who manage multi-billions in assets to those who have a much smaller client base, on to those who work for a major brokerage firm, bank or small independent broker-dealer (IBD) – every advisor wants to control his or her own destiny and have the ultimate say in how best to service his or her clients.

As the big firms manage more to the lowest common denominator, threaten to move to a salary-bonus compensation plan and focus more on the bottom line, advisors are feeling increasingly marginalized. As such, the “breakaway broker” trend that started as a mere trickle a decade ago continues to expand and accelerate.

We’re seeing similar effects of control in the IBD space. The limitations placed on independent reps and the lack of scale and robust resources at some of the smaller broker-dealers is forcing a growing trend of movement from one IBD to another, or to the RIA/RIA hybrid space—a place where an advisor has ultimate control. In fact, those that trade employee status for independence do so most often because they want maximum control over every aspect of their business.

Perhaps the most significant example of brokerage firms attempting to wrestle more control from their advisor force is Morgan Stanley and UBS pulling out of the Protocol for Broker Recruiting (“Protocol”). While at first, the industry reacted with certainty that the 14-year-old game-changing agreement would collapse and wirehouse advisors would stay trapped in their seats, the past several months have proven that with the right legal support, advisors can still move with impunity. Abandoning protocol, at its core, creates the suggestion that the advisor does not own his client relationships—a notion that has driven even more advisor movement, often away from the brokerage world altogether.

And, there has been a significant reduction in wirehouse recruiting deals, leveling the playing field between their offers and all others. This has served to drive advisors to choose the firm or model they want based not on the highest bid, but on where they believe they will best be able to control the client experience and how they grow their businesses.

While there’s much that can be learned by distilling all that we have seen, heard and lived through down to a single word, there certainly is so much more behind the trend. So be sure to take a look at our 2018 Landscape of the Wealth Management Industry, (released April 2018).