The Real Story Behind HighTower’s Reinvention with Bob Oros

A conversation with the industry veteran and CEO of HighTower Advisors

In 2008, Elliott Weissbluth set out to build a turnkey solution for wirehouse advisors who wanted more independence and control—but were not interested in the heavy-lifting of starting a business, nor the day-to-day management of legal, compliance and operations. And so HighTower Advisors was born, pioneering a model that would not only survive the 2009 financial crisis, but thrive on the heels of the disruption and ensuing distrust of big brokerage firms. It was a “perfect storm” which fueled the success of HighTower and other quasi-independent firms born shortly after, forever changing the wealth management landscape—and opening up a new world of options for advisors who were in search of a better way to grow their businesses and serve their clients. 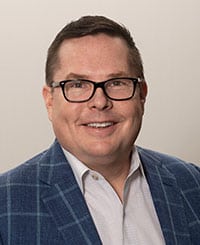 Fast forward a decade and, with over $70B in assets under management, HighTower has morphed its business model from an employee-based partnership to an investor in independent firms. Elliott Weissbluth stepped down as CEO, leaving some big shoes to fill—that is, until January of 2019, when Bob Oros took over the helm of this iconic firm.

Few people would be up for the task of driving HighTower into a new decade and through a landscape that looks very different from the one it helped forge. Yet Bob brings with him a great deal of experience and expertise, having previously held top positions at HD Vest, Fidelity, Schwab and LPL.

In this episode, Bob digs into the evolution of HighTower and the landscape at large, including:

It’s an engaging conversation that offers a unique perspective on how the momentum towards independence and a thriving M&A market will continue, fueled by an aging advisor population who are asking themselves a threshold question: “What’s the rest of my life look like?”

A question that, no doubt, advisors of all ages are asking themselves, and firms like HighTower are providing the answer to.

“I’m too old to move, let alone go independent!”
As advisors age, many assume that the options for their business life are dwindling…Yet that couldn’t be further from the truth. Read->

What Brand Really Means to an Advisor
How significant is a brand name these days to an advisor’s assessment of a firm? The simple truth is, it depends on who you ask. Read->

Bob Oros is the CEO of HighTower, a national wealth management firm that invests in and supports independent-minded financial advisory businesses to accelerate their growth. Mr. Oros joined HighTower in January 2019 to shift the company to an acquisition-based business model, build out the firm’s advisor-focused infrastructure and scale the company. He has more than 20 years of leadership, strategic and operational experience, with a strong track record of successfully recruiting, retaining, and supporting advisors at firms such as HD Vest, Fidelity, LPL Financial and Charles Schwab.

We're here to help - with complete discretion and confidentiality.

Wondering if there's a better way to serve your clients and your future? Let's talk