There’s no doubt that changing firms or models is a complex process. And even the thought of doing so often brings advisors to their knees with concerns over everything from portability to Protocol—and all that lies in between.

Yet it’s the contractual obligations advisors may have to their firms that drive the most anxiety—and rightfully so.­

Attorneys tell us they’re getting an “avalanche” of outreach from advisors wanting to make sure that their employment agreements don’t bind them further to their firm.

It’s an issue we’re seeing more and more of in recent years, as the wirehouses work harder to retain their top talent.

Almost every major firm has its own version, which allows senior advisors to retire, transfer their business to the next gen and monetize in place. These programs – such as Merrill’s CTP, UBS ALFA and Morgan Stanley’s FFAP – can be compelling for senior advisors who have every intention of retiring from their firm and being rewarded for their life’s work.

Yet many advisors are finding that there are clauses and restrictions that further tie them and their next gen to the firm—limiting any optionality for now and in the future.

Add to that an increasingly hyper-vigilant compliance environment, where advisors are feeling increasingly vulnerable and worried about possible termination.

The reality is that whether you’re considering changing firms or not, there are plenty of potential landmines that all advisors need to be aware of.

To shed some light on the key areas that advisors should be most concerned about, Tom Lewis, a Board-Certified Civil Trial Attorney at Stevens & Lee based in Princeton NJ, joins the show. 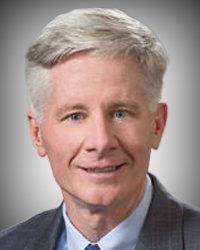 In this episode, he and Mindy discuss:

As Tom shares, “advisors should always operate with their eyes wide open.” That will help keep problems at bay, and also enable you to be available to opportunities as they present themselves.

It’s an episode filled with priceless information for every advisor—whether you’re considering a move or not.

Merrill’s Enhanced CTP: What it Means for Advisors, Their Next Gen and Clients [Video]
Mindy Diamond sits down with breakaway Merrill Lynch executive Vince Fertitta to get his perspective on what an enhanced CTP program could look like. Watch->

7 Things Advisors Need to Know About Succession Planning
Actionable advice for all advisors – no matter what stage of your career or whether you’re seated at a wirehouse or are an independent business owner – with Louis Diamond. Listen->

Avoiding Termination: How to Protect Yourself in a Compliance-Driven Brokerage World
Advisors at big firms find themselves in a zero-tolerance environment where infractions that once garnered a slap on the wrist now may be considered grounds for termination. Read->

Tom Lewis, of Stevens & Lee,  concentrates his practice in employment advisory and trial litigation, arbitration, mediation and employment counseling. He is a Board-certified Civil Trial Attorney by the New Jersey Supreme Court Board on Attorney Certification.

Tom represents financial services and other companies and their executives in employment disputes and litigation, including restrictive covenant issues, non-compete agreements, claims of harassment, workplace discrimination, wrongful discharge, raiding and recruiting issues, employment agreements and severance agreements. He has litigated and arbitrated cases in numerous states and jurisdictions, and regularly appears in state and federal courts and before FINRA, the EEOC and various state civil rights agencies. He also litigates restrictive covenant issues on behalf of individuals, medical practitioners, small to mid-sized companies and Fortune 500 companies. His clients are located throughout the United States.

As published in New Jersey Monthly, Tom has been recognized as a New Jersey Super Lawyer repeatedly since 2005, having been selected by his peers as among the top 5 percent of lawyers in the state. He is AV®Preeminent™ rated by LexisNexis Martindale-Hubbell, which is the highest rating for legal ability and general ethics. Tom is also among only 187 lawyers nationwide to be selected for excellence in client service with a 2015 Client Choice award, based on feedback from senior in-house counsel.