The freedom to creatively market to clients is one of the primary goals of most breakaway advisors. Because to create a unique brand, messaging and voice just isn’t possible as an employee advisor.

In speaking with many independent advisors during this crisis, it is this ability to freely communicate – nimbly and without restrictions – that has proven to be pivotal in strengthening relationships with clients. And the bonus is that many of these advisors are using their voices and messaging to expand their reach to prospects as well. 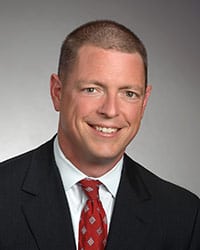 Our guest in this episode is a firm believer in the power of marketing. In fact, while he felt he had been given much of what he needed to grow his business in the brokerage world, a critical aspect that he said was missing was the ability to market and communicate in unique and innovative ways.

So in 2017, Joe Eschleman left Wells Fargo with the help of Dynasty Financial Partners and launched Sacramento-based Towerpoint Wealth.

And the COVID-19 crisis has since opened his eyes to the real potential that the freedom to communicate allows him.

In this episode, Louis Diamond talks with Joe about his breakaway journey and life as an independent business owner, including:

As Joe so aptly shares, “If your value proposition is based on pie charts and performance, clients will see right through that, especially in times of crisis.” The ability to fully engage with clients and prospects – freely and creatively – is what many advisors find to be one of the most attractive benefits of independence. And in Joe’s case, a true differentiator.

As Towerpoint Wealth’s founder, Joseph has an impressive career of providing strategic planning and wealth management advice spanning more than 21 years. He possesses extensive training and experience in investment management as well as retirement income and wealth transfer planning for successful individuals who have worked hard to grow their personal net worth, growing businesses and their owners, corporate professionals, and retirees. With special expertise in long-term investment planning, Joseph brings his clients an array of solutions that are both reliable and innovative.

Joseph launched the Towerpoint Wealth team following a successful tenure as a Managing Director – Investment Officer, working in Wells Fargo Advisor’s Private Client Group office in Sacramento, California. His career began in 1999, working as a financial advisor with Prudential Securities, and following its acquisition in 2004, Joseph joined the new parent company, Wachovia Securities, as a Senior Vice President, where he continued to fulfill his commitment to strengthening and coordinating the financial lives of his clients.

In his career, Joseph was featured as “Money Man Joe” for eight years as a regular television guest for Sacramento’s primary ABC affiliate, KXTV News10. Addressing various investment planning, financial, and economic issues, Joseph regularly interfaced with anchors such as Dan Elliott, Keba Arnold, Christina Mendonza, and Walt Gray. He has also been interviewed on numerous occasions by Nannette Miranda of KGO-TV, San Francisco’s ABC affiliate, and has also spoken about various wealth management topics for a number of local agencies and organizations.

Joseph has proudly been married to his wife, Megan, for 18 years and the couple are proud parents of their thirteen-year-old daughter, Josephine, and ten-year-old son, Henry. The family lives in Curtis Park, a historic Sacramento neighborhood, and when he is not coaching his son’s youth baseball or basketball teams, Joseph enjoys working out, and running the beautiful off-road trails in the greater Sacramento area. He also is a huge sports fan, and regularly can be caught participating in, watching, or attending a baseball, basketball, or football game.