Everything starts with a vision.

In the early stages, it might be an idea that forms as a result of an experience, and over time it becomes more tangible.

An image that is molded, nurtured and translated until it becomes something real.

It’s how many of the greatest business ideas have come to fruition. And very much how it came to pass for Rob Sechan and his partner Jeff Kobernick.

Because while at UBS, Rob and Jeff built an amazing business with nearly $5B in assets under advisement. And one would think that a team that size certainly has an “all-access pass” to anything UBS might have available for them to serve their ultra-high net worth clients.

But as Rob shares, client service became increasingly difficult as UBS transitioned from what he describes as “an enabler to risk mitigator.”

When it no longer felt like they could offer unlimited and unconflicted advice to their clients, it was time to explore ways in which they could. Yet in their exploration, they couldn’t find an option that aligned with their vision of a better way to serve their clients.

That is, a firm designed for ultra-high net worth clients—a conflict free environment where advisors can become a customer of the Street with access the whole of market and all possible investment solutions. Plus, they expected the highest level of safety and stability, and the very best of technology, along with a community of like-minded individuals who have a shared desire to build something bigger than themselves.

So they built what they felt would bridge the gap in offerings and in December of 2020, RIA firm NewEdge Wealth was launched. 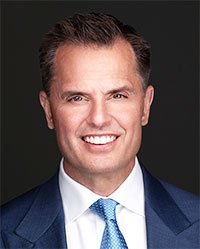 In this episode, Rob shares the journey that he and Jeff took, along with fellow UBS veterans Walter Granruth and John Strauss, Jr. The conversation delves into:

Yet it’s the advice that Rob shares that will continue to ring true whether you’re considering a move or not: “Exploration is mandatory if you want to remain competitive.”

It’s an interview that explores how a vision turns into a reality—and ultimately results in the birth of a unique model in an evolving sea of options.

The Path to Independence in Two Steps or One – With Alex Goss of NewEdge Advisors (formerly Goss Advisors)
Alex Goss of Goss Advisors (now NewEdge Advisors) speaks with Louis Diamond about his path to independence, starting in the wirehouse world, then on to the independent broker dealer (IBD) space before launching his own firm, now a leading platform for prospective advisors. Listen ->

Why Billion-Dollar Teams Move
7 Drivers That Impact Financial Advisors At All Levels. Read->

The Limitations of Building a Billion-Dollar “Boutique Firm” within a Wirehouse: A UBS Breakaway Story
A conversation with Terry Cook, CFP®, CIMA, Managing Partner of Parcion Private Wealth. Listen->

Rob is the Managing Partner and Co-Founder of NewEdge Wealth. He also sits on the Executive Committee of NewEdge Capital Group where he helps run the day to day operations of the business. Rob specializes in advising clients on asset allocation, portfolio construction and opportunistic investing. Prior to co-founding NewEdge Wealth, Rob was a Managing Director at UBS where he served on the UBS Financial Advisor Advisory Council as Head of the Intellectual Capital Subcommittee which helped guide the firm’s tactical investment process.

He has worked in financial services for over 25 years holding prior positions as a Managing Director at Lehman Brothers and Executive Director at Morgan Stanley. Rob is a regular on CNBC and has appeared on Fox Business. He has been recognized by both Barron’s and Forbes as a Top 100 Financial Advisor.

Rob graduated from The Tepper School of Business at Carnegie Mellon University with a B.S. in industrial management and economics and an M.B.A. in finance and economics. He lives in New Canaan, CT. Rob enjoys time with his family, playing basketball, skiing and collectible automobiles. His philanthropic interests include Portfolios with Purpose and Filling in the Blanks.