Matt Liebman, Founding Partner and CEO of RIA firm Amplius Wealth Advisors discusses the complexity of considering change with a multi-generational team, the difficulty of walking away from a big brand name, the concept of clients being the real “boss” and how that influenced his choice to build an independent firm—and much more.

There’s one thing that just about every breakaway advisor we’ve spoken with says about leaving the wirehouses: It’s difficult to rationalize walking away from a well-established, respected and recognized brand name.

Because for some, the name was one of the key features that attracted them to the firm in the first place.

Take Matt Liebman, for example. When he joined Merrill in 2008, one of the draws for him was the brand recognition. As he shares in this episode, “If someone asked where you worked, all you needed to say was ‘Merrill Lynch’ and they automatically knew what you did for a living.”

Matt is quick to note that the reputation of the firm was well-earned through a strong training program and an entrepreneurial environment where clients felt well-served and advisors could build strong businesses.

And build a strong business he did—to some $1.2B in assets under management.

He was part of a powerhouse multi-generational team comprised of individuals in their 20s on through to their 90s! It was an intentional coming together of forces—with Matt joining his dad Sam Liebman and his team after they moved to Merrill from UBS, and Forbes “Top Next-Gen Advisor” Aaron Marks rounding out the ranks to form the Liebman Marks Group.

Yet in March of 2021, they opted to leave Merrill and build their own RIA firm, Amplius Wealth Advisors, with Dynasty Financial Partners.

With a team as successful as this, one might wonder, “Why would they rock the boat?”

In this episode, Matt candidly answers that question and discusses his journey with Mindy Diamond, including: 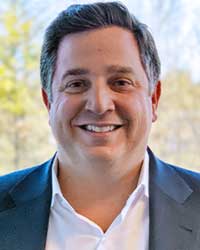 As an employee of a large firm, many advisors come to a point where they need to decide where their loyalties lie. For Matt, it was clear to him: The clients were his boss. And as such, he and his team were responsible to answering their needs first and foremost—a direction he felt they could only take in independence.

Matt’s story has much to offer for those who are senior advisors as well as the next gen and everyone in between—so be sure to listen in.

For High-Net-Worth Clients, It’s Not About the Brand Name, It’s About the Experience
There was a time not so long ago when top advisors who served the ultra-wealthy would never have considered leaving behind the big brand names upon which they built their businesses to strike out on their own. It was a common belief that no other firms but the big brokerages could support the unique needs of their high-net-worth clients. Read –>

IBD vs. RIA Revisited: Two Independent Pathways for Advisors to Consider
When it comes to freedom and control, there are key differences amongst the independent broker dealer (IBD) and registered investment advisor (RIA) spaces that every advisor should be aware of. Read –>

Prior to founding Amplius Wealth Advisors, Matt returned home to the Philadelphia area in 2008, where he co-led The Liebman Marks Group at Merrill Lynch for 13 years, consistently receiving firm recognition as a top advisor. Before Merrill Lynch, Matt worked in the investment management industry in New York City in a variety of roles – as a research analyst, portfolio manager, and hedge fund manager. Combined with his education and background in asset allocation theory and behavioral finance, Matt has considerable experience with high-net-worth families and provides a unique approach to guiding clients towards their financial goals.

Matt is a CFA® Charterholder, Chartered Retirement Planning Counselor (CRPC®), and Chartered Alternative Investment Analyst (CAIA®). He was recognized as one of the Top Advisors in Pennsylvania by Forbes as a “Best-in-State Wealth Advisors” ranking in 2020 and 2021.

Matt earned a BBA from Emory University’s Goizueta School of Business as a dual major in business and political science with concentrations in finance and new venture consulting.

Matt lives in Haverford, PA, with his wife Allison and two children, Noah & Lucy. He is an avid NBA fan, tennis player, and volunteer basketball coach for his children’s youth teams. Matt is an avid follower of domestic and global politics and enjoys reading business, sports, and political non-fiction books.