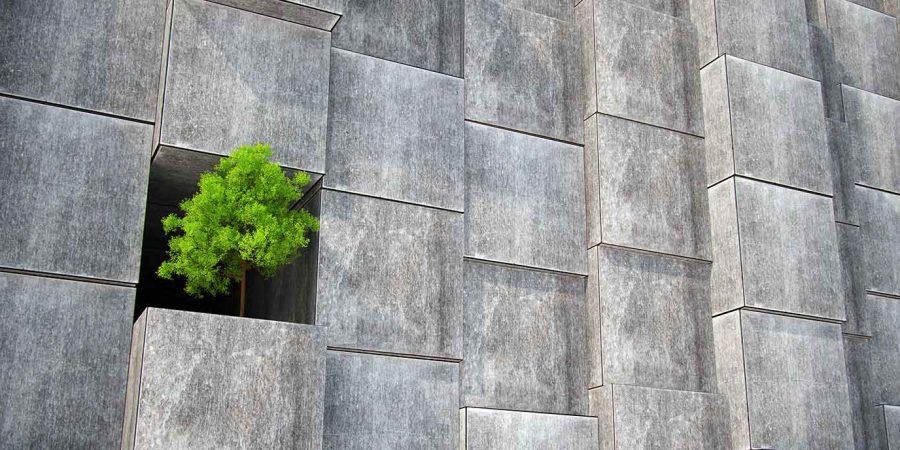 In an industry marked by a year of turmoil, the spirit of independence has never been stronger.

The past 12 months within the independent broker dealer (IBD) and registered investment advisor (RIA) space can certainly be defined as a period of growth and increased validation—but not without feeling the disruption of a tumultuous business and regulatory environment.

While at one time it was unheard of for an independent firm to recruit a wirehouse advisor because the mindsets were so vastly different, today it’s a scenario that has never been more likely to occur. Independent firms that have scale, capacity, robust infrastructure and capital have an unprecedented opportunity to attract top talent from the traditional space. And except for very rare exceptions, once an advisor plants his entrepreneurial flag, he may opt for a model that offers even greater independence, but he never goes back to being an employee.

The changing regulatory environment, increased cost of doing business, and difficulty in identifying successors make many stand-alone independent businesses ripe for acquisition. M&A activity was robust in 2017 and all signs point to an acceleration of this trend well into 2018.

A perfect storm developed in the wealth management space during 2017, creating an environment ripe for growth of the independent model, particularly in these 5 key areas:

1. Advisors affiliated with IBDs voted with their feet
2017 saw huge teams and OSJs leaving LPL Financial – as well as National Planning as soon as its sale was announced – for other IBDs; a solid reminder that not all IBDs are alike. Even independent advisors can feel marginalized if they don’t have sufficient help from their broker dealer to grow the business, operate efficiently and without interference, and with support to find positive solutions for dealing with ongoing industry changes.

2. The evolution of the RIA space
Big RIAs are getting even bigger! In 2017, we witnessed mergers of equals; top, well-established RIA firms coming together to amass expertise, bench strength, footprint and next gen talent. For example, $1.5 billion RIA Brightworth merged with $1.4 billion RIA McGill Advisors, creating one of the largest RIA firms in the Southeast. We also saw established RIAs who prefer to remain standalone opt to “professionalize” the business— outsourcing COO and sometimes CIO functions to third-party providers, and as a result gain the advantages of scale without having to sell or merge. In the most dramatic example of this trend, Geller Family Office Services (an RIA founded in 1984 with approximately $4 billion in client assets under advisement) joined Dynasty Financial Partners in 2017. Dynasty and Hightower Advisors are both doing more deals with already established RIAs as a growing area of focus beyond helping wirehouse advisors “breakaway.”

3. Swimming in a pool of talent
There will be a HUGE opportunity to recruit wirehouse talent who are feeling marginalized by changes in their compensation plans and nuisance oversight. While they want out, they may not be entrepreneurial enough to build it on their own, preferring instead to plug into established firms.
The independent firms that will be the winners of the race for top advisor talent are best prepared. That is, those that are professionally managed, with a well-articulated value proposition and a continuity plan for the future of the business. Those BDs, RIA firms and service providers willing to go into the lab and dig into their deep pockets to come up with creative ways to facilitate moves out of the wirehouses ­– especially when they can’t rely on the Protocol for Broker Recruiting – will be the biggest winners.

4. The DoL Rule sparks change even while it’s delayed
Although the Department of Labor’s Fiduciary Rule has been officially delayed, many IBDs have already introduced significant changes to compensation structures and have revised the platform of acceptable products. This will cause more IBD advisors with at least $200mm in AUM who already run majority fee-based practices to seek other more user-friendly BDs or move to the RIA/RIA hybrid space where they can better control costs and have more flexibility regarding access to product.

5. More and more mergers and acquisitions
2017 was another record year for M&A activity amongst RIA and IBD firms in terms of the number and average size of deals. With plenty of deep-pocketed buyers – ranging from banks to large RIA firms and private equity investors – we expect to see this trend further accelerate in 2018. In a rapidly evolving industry with fee and margin compression, regulatory pressure, and succession planning concerns, more and more principals of small independent businesses will find the need to solve for the things that limit them, causing further consolidation in the space. Even industry heavyweights like HighTower Advisors and Focus Financial Partners took on new private equity investors in order to further fuel their growth. And National Planning Holdings sold their four BDs to behemoth LPL Financial because pressures brought on by margin compression, a changing regulatory environment and the need for greater scale made its insurance company parent opt to exit the wealth management space.

We can all agree that the industry is changing at warp speed and with this rapid evolution the independent space has proved that it is uniquely positioned to keep pace. Independence for advisors has come to embody more than ownership: It represents choice, control, flexibility, innovation, empowerment and quality of life. As currently captive advisors feel further marginalized, and they and their clients place even less value on the big firm brands, they will become part of a growing community of advisors looking to design their business lives in a way that best serves them and their clients. As such, established independent firms should prepare to welcome this new wave of advisors interested in joining them. 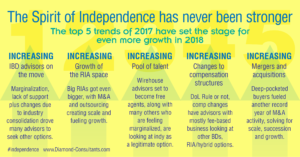