Making A Move Even When The Obstacles Seem Insurmountable 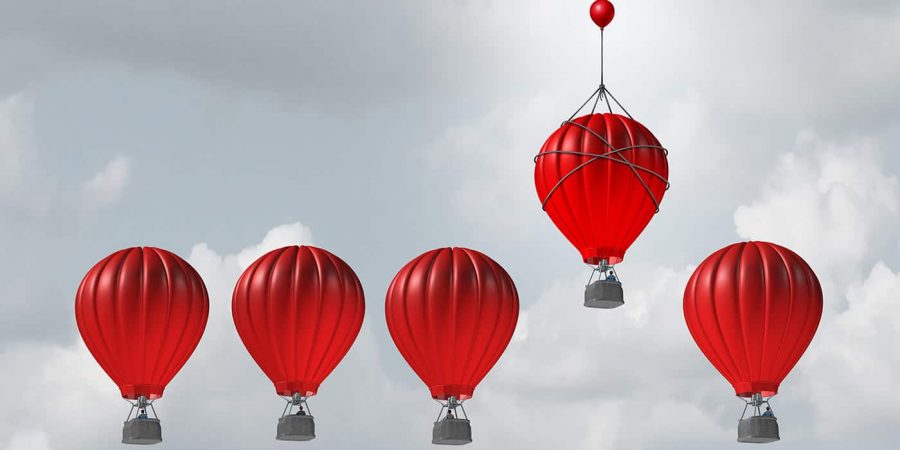 Making A Move Even When The Obstacles Seem Insurmountable

Is it a greater level of pain, desire, reward – or a combination thereof – that drives even the most seemingly unmovable advisors to change?

For every advisor – whether it’s frustrations pushing them or the desire to be more entrepreneurial pulling them – making a move involves complexities that may seem impossible to overcome. Yet consider the advisor who is still under contract and would owe a significant amount of money back to his firm; or the one who would leave way too many chips on the table; or the non-Protocol team facing a garden leave that many fear would mean the demise of their business. In each of these cases, the pain, need or desire to move must – by far – exceed the extra considerations they will grapple with throughout the process or else the hassle of making a move just won’t be justified.

As high as the bar is set for these folks, each and every day, obstacles or not, advisors are still driven to change.

What motivates them? How do they get past all of the roadblocks (some perceived and some very real) on the way there? And, at the end of the day, is it worth it?

A private banking team I represented last year offers just the example of what I described above: a non-Protocol team facing garden leave. Let’s call the senior partners Joe and Sarah for confidentiality’s sake.  With assets under management of more than $3B and an annual revenue run rate of well in excess of $14 million, Joe and Sarah had a spectacular business. Their 80 multi-generational clients loved them, they were growing nicely, they had a phenomenal reputation in their market (especially with Centers of Influence and referrers of new business), and they were the #1 wealth management team in the country for their firm. Joe and Sarah were in an enviable position, for sure, but had been feeling a sense of growing discontent with the limitations placed on them by the bank, the paltry compensation they were receiving (in the form of salary plus bonus), and the increasing bureaucracy that was making them less efficient and productive. After almost 25 years with the bank for Joe and Sarah, by the beginning of 2016, it became clear that they had outgrown their firm and it was time to seriously consider other options.

We cut to the chase quickly in my first conversation with them, addressing the threshold issue: Were they prepared to make a move despite the 90-day garden leave provision their contracts mandated? While they were “pretty sure” they were, it was important to me that we walked through a strategic thought process to make sure they were thinking about their decision clearly, from every angle, and with great respect and reverence for what it means to be “on the beach” for 3 months…completely disconnected from clients.

Given the circumstances, we needed to ensure that every “I” was dotted and every “T” crossed, so we walked through this 4 step process:

First, we identified all of their frustrations and we quantified the tangible impact of each on their ability to service clients, grow the business, and be paid a fair wage.  That gave us an overall dissatisfaction level—the “pushes,” if you will.

We talked endlessly about their clients. How many did they have? How deep were their relationships? How certain were they that those clients would follow them even if the partners on their team were “dark” for 3 months?

We then identified the short list of appropriate and logical options they could consider. Because they were coming from a non-Protocol firm, they needed the protection of a “big firm with deep pockets” to defend them in the likely lawsuit that they would be facing. We discussed the transition and take home economics each would offer, as well as the value propositions, and key differentiators.

This exercise showed them with greater clarity that they were really motivated to make a move. Despite their onerous garden leave, they were certain about asset portability and that their 80 clients were fiercely loyal. Ultimately, they decided it was a risk they were willing to take because the upside far outweighed it.

After 6 months of intense due diligence on 3 different firms, and then a month of negotiations with the one that was the clear standout, Joe and Sarah gave their notice and began their 90-day garden leave. Their support staff (with no garden leave provision) resigned on the same day and began employment with the new firm after the weekend. While the 90 days felt interminable to Joe and Sarah, they officially joined the new firm late last year. They are doing incredibly well, their clients were very receptive to the “What’s in it for me?” presentations they made about why to follow them, and Joe and Sarah feel liberated and reenergized.

Ultimately the decision to stay vs. go – or to move despite a garden leave or other hurdles you will need to jump – comes down to this:

How badly do you want what you don’t have?
How much pain are you in?
And, how confident are you that your clients will follow you?

If you are sure that you’ve thought carefully about these questions, the answers should reveal your next steps.